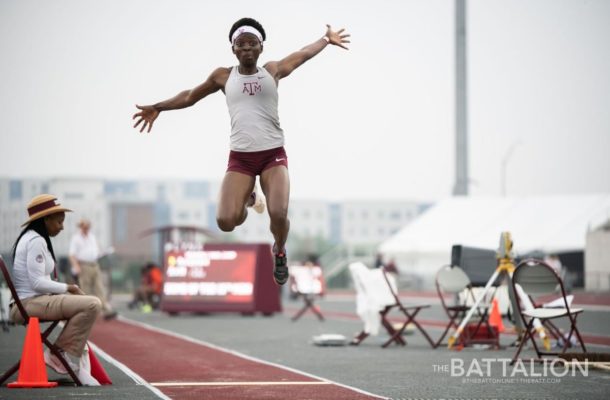 Rukaytu ‘Ruku’ Abdulai after setting the long jump record switched nationality to Canada and represent them in the Beijing 2008.

Deborah also got agonizingly close to the automatic qualification mark for the Tokyo Olympics. She missed the mark by 1cm (1/3 rd of an inch). The mark of 6.81m currently ranks her 8th in the world and number 1 in Africa.

Deborah Acquah, the Eagle of Ghana demolished the indoor national triple jump record with a massive mark of 14.27m at the 2021 NCAA DI Indoor Championships.

The mark is 5cm off the Tokyo Olympic Games automatic standard.