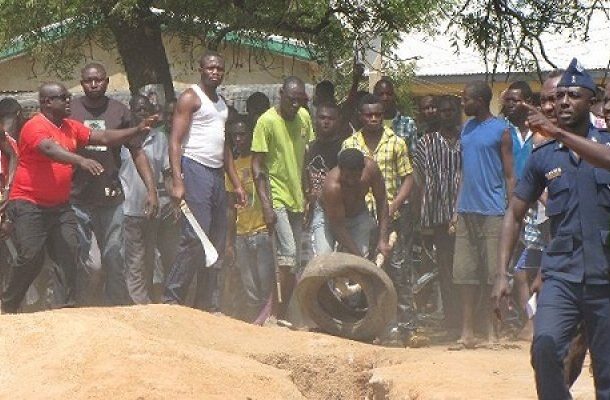 The 2016 National Elections and Security Taskforce has identified 5,000 flashpoints as part of measures to clamp down on criminals and warmongers during the December polls.Director of Public Affairs of the Ghana Police Service, Superintendent Cephas Arthur disclosed this during a simulation exercise on how to fight crime during the 2016 elections.The maiden mock exercise was to send a signal that the task force was prepared to ensure peace before, during and after the 2016 elections.“We have identified not less than 5,000 flashpoints and we are ensuring that measures are put in place to nullify or neutralise the flash points such that it will not pose any danger to us. Nonetheless, [for] other places that are [considered] safe, we are keeping our eyes there because any place at all can be a flashpoint,” he stated, adding: “We know of some hot air being blown all over, we deem it as part of it but it’s our prayer that the hot air is toned down, we shouldn’t incite people.”Source:ClassFMonline.com