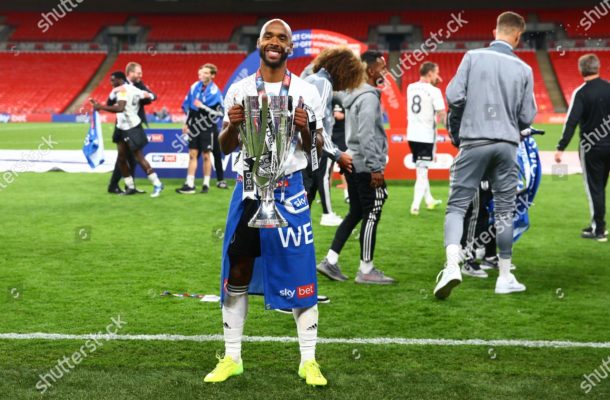 Two late goals from Joe Bryan in extra-time secured a 2 - 1 victory for Fulham against their London rivals.

It means Fulham will be playing in the Premier League again next season and the promotion could be worth £135 million to the club over the next three years from prize money and the money they will get from having their games shown on TV all over the world.

It also means they have bounced straight back- Fulham were relegated from England's top division last year after suffering 26 defeats over the course of the 2018-19 league campaign.

Fulham manager Scott Parker, who took over from former boss Claudio Ranieri last year, celebrated their victory wildly at the final whistle and said it had made him "so proud and happy".

Denis Odoi played for 110 minutes before he was replaced by right-back Cyrus Christie.

The right-footed defender joined Fulham FC from Belgian outfit KSC Lokeren on a transfer fee of one million euros during the 2016 summer transfer window.

Odoi made 39 appearances in all competitions for Fulham FC this season assisting once.

The defender was born in Belgium to a Ghanaian father and a Belgium mother.