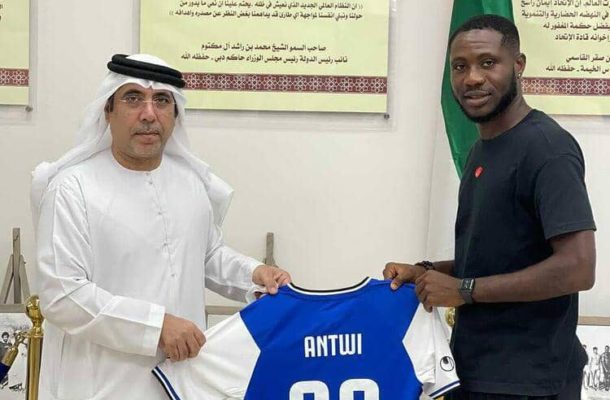 The 28 year old Ghanaian forward joins the gulf based side on a free transfer and has signed a one year deal after reaching personal terms and passing a medical examination.

He became a free agent after departing Indian Super League side Gokulam Kerala FC in July 2021.

Agyare Antwi played for Ghana Premier League side Accra Hearts of Oak between 2009-2011 before departing for pastures anew.

He spent a year with Malaysian sides Kelantan FA and Perlis FA before making a switch to Ghanaian side Inter Allies FC.

Antwi moved again to Sweden in January 2014 after a successful season with the Ghanaian side.

He has in the past played for clubs in Malaysia, Sweden, Norway, and India