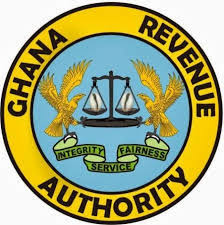 Some categories of workers seeking upfront reliefs under the country’s Income Tax Act 2015 can now do so after the passage of a legislative instrument(LI) clarifying the groups that qualify.

According to the LI, five of the reliefs including marriage and responsibility relief, child relief, old age relief, aged dependent relative relief and disability relief can now be granted upfront.

The Deputy Commissioner in-charge of Policy and Programmes at the GRA Edward Gyamerah explained that workers in the mentioned categories will not need to file their returns at the end of the year before accessing their reliefs.

“Previously you have to file your returns at the end of the year before you can claim these reliefs. What the LI is saying now is that these reliefs can be taken upfront,” he said. He stated that unlike 5 months ago where workers applied for the tax relief card every year and gave it to their employers, the LI will now allow workers to apply for the relief upfront once the Commissioner General signs it.

He explained that once it is granted a worker will access it until circumstances under the category changes. “What it means is that at the time you applied for the relief you had only one child, and the next year, your wife has given you twins, so three or four years time, they start school. You now have three children. It means that your circumstance has changed.

So you have to come back to GRA, give us your new position and the new relief that has been granted you,” Mr. Gyamerah explained in an earlier report. “This is good and will help because the application of the old one was very cumbersome,” he added.