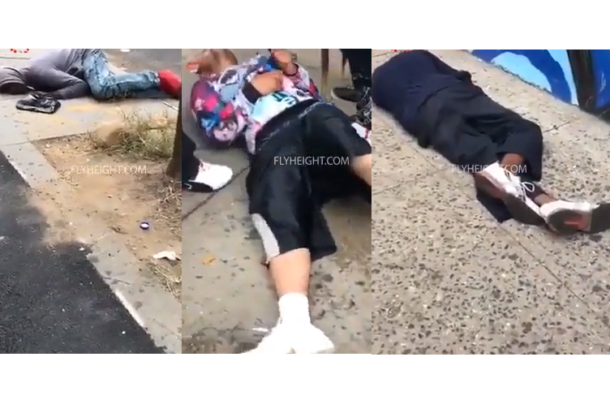 Five men from Bronx in New York have been hospitalized after they overdosed from allegedly smoking K2 drug.

The men's bodies were reportedly found outside of a neighborhood in Bronx after they all collapsed from getting high on the illegal synthetic street drug also known as Spice.

According to a Police report, the helpless men were transported to Woodhull Medical Center for treatment.