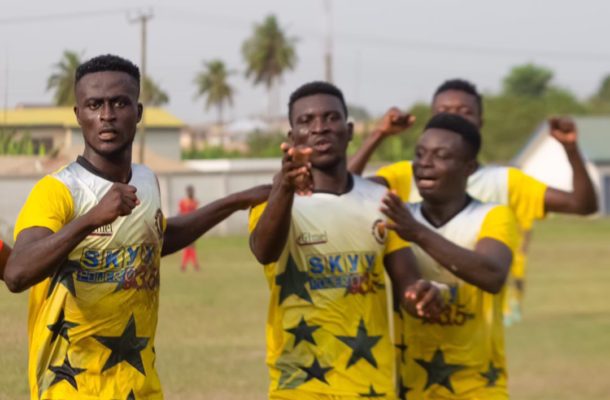 Daboase based Skyy FC annihilated Bofoakwa Tano 4-0 on Match day three of the Division One League Super Cup on Friday .

The Zone Two campaigners who drew 0-0 with Bibiani Gold Stars in their opening match put up a spirited performance at the Madina Astro Turf to clinch their first win in the Tournament. Musah Hamadu opened the scoring for Skyy FC in the 16th minute following an eventful charge down the left side by Ebenezer Mamatah.

The two teams created decent chances after the opener but were unable to take advantage as the first half ended in favour of Skyy FC.

The second half began in an explosive manner with Bofoakwa Tano probing for the equalizer but luck eluded them as Skyy FC added the second goal in the 68th minute through Francis Oteng.

With five minutes to end proceedings, Ebenezer Mamatah who made the first goal became the scorer of the third as he added his name on the scorers’ sheet with a beauty in the 85th minute to put the game beyond the reach of Bofoakwa before Isaac Afful put the icing on the cake with an injury time goal to settle things for Skyy FC.

The win takes them to the second spot in the Group A League table with four points ahead of their final game against leaders Tema Youth on Sunday. 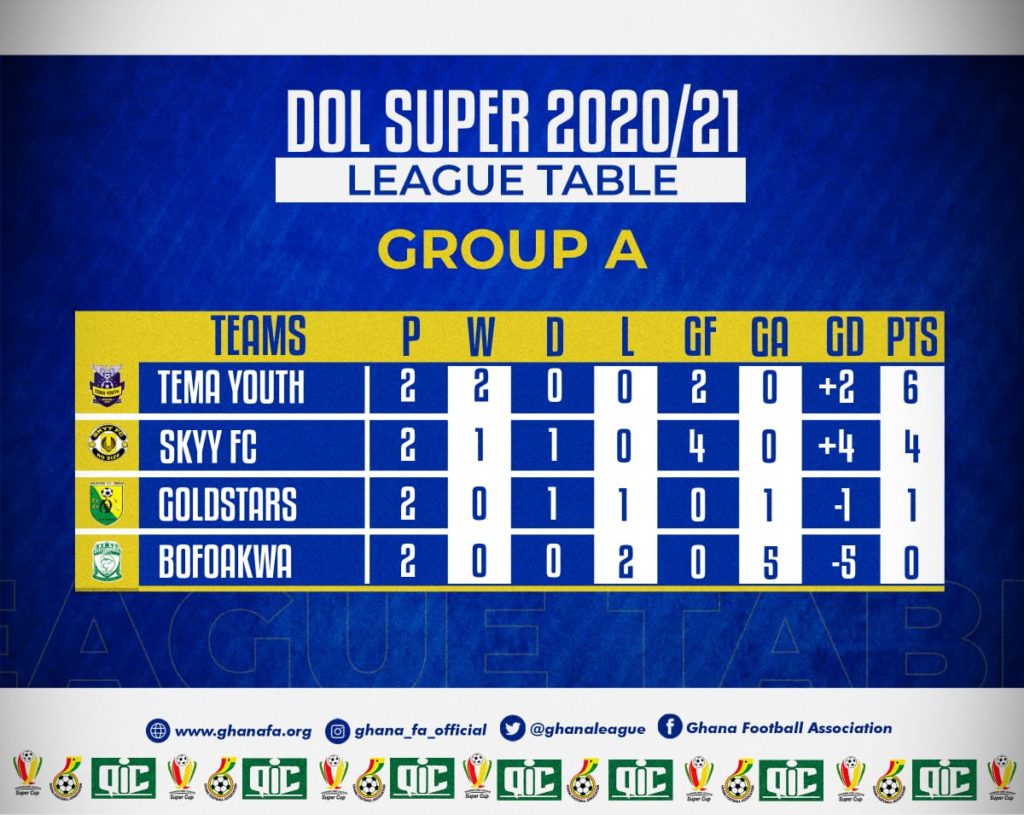 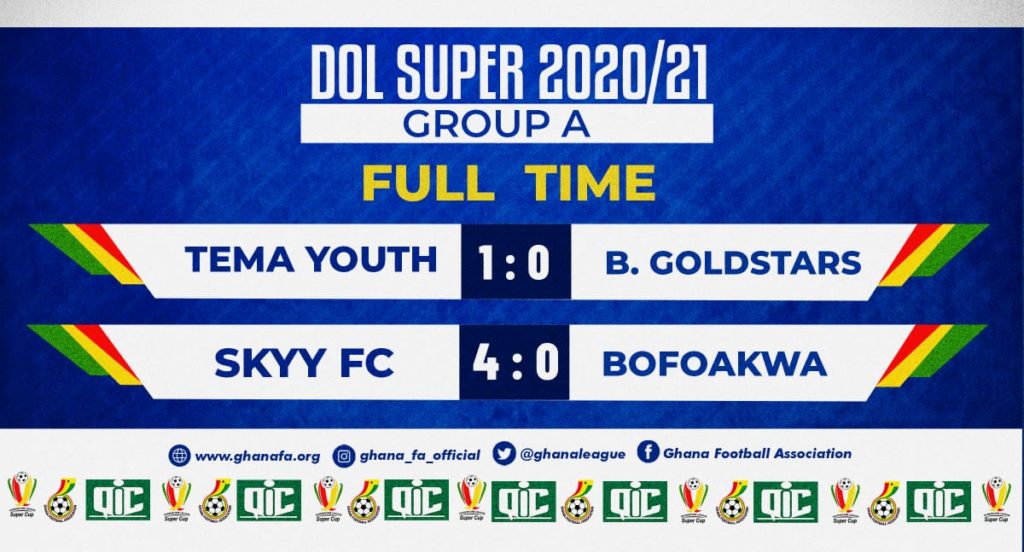