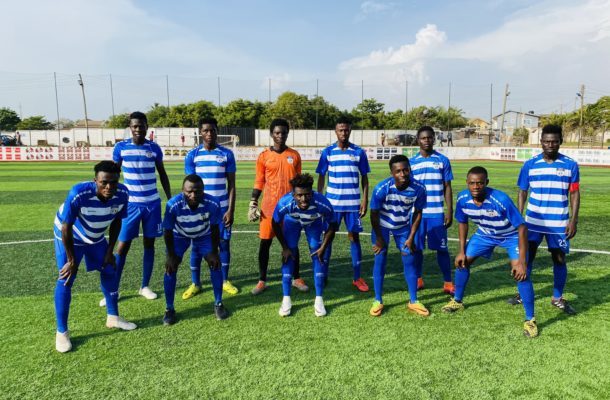 The 2021/22 Division One League season kicked off on Friday, November 19, 2021 in Zone One where Young Apostles Football Club hosted Tamale Steadfast FC at the Ohene Ameyaw Park at Techiman.

The home team needed to play at Techiman Park due to the unavailability of the Sunyani Coronation Park as it wasn’t approved by the Club Licensing Committee for not meeting the standard. Young Apostles beat Steadfast FC 3-0 Friday afternoon to get their season off to a great start.

Emmanuel Yeboah grabbed a brace in the 29th and 32nd minutes before Hakim Mohammed added the third for Young Apostles in the 73rd minute.

Newly promoted sides Baffuor Soccer Academy were held 1-1 by Unity FC while Dreams Tamale began life in the Zone with a 2-0 win against Wa Suntaa. Alhassan Huzeifa made history after scoring the clubs first goal in the second tier before Osman Zakaria added the second to complete the demolishing exercise.

Prince Kwain netted a late penalty at the Malick Jabir Park where Wa Yasin FC left it late to beat Bolga All Stars 3-2.

The tie was heading to a 2-2 draw until the attacker found the back of the net from a spot kick in stoppage time.

Derrick Gyamfi netted twice for Wa Yasin but Aaron Yinpoya and Desmond Abasiyam cancelled the lead for Bolga All Stars. However, their hopes were dashed in added time when Prince Kwain won and slotted home the match winner from the spot.

Here is what transpired on Match Day One: 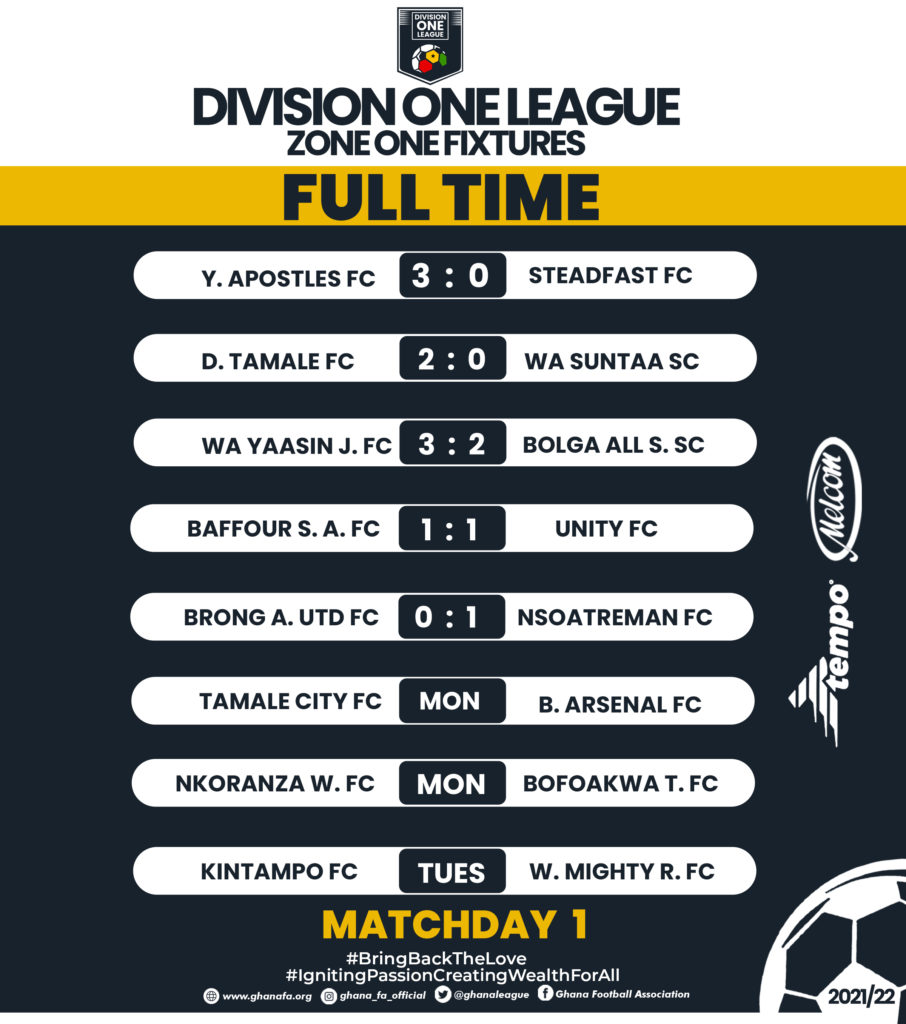