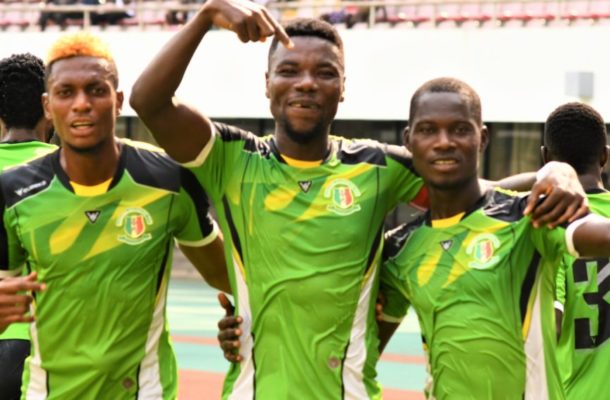 Mysterious Ebusua Dwarfs threw away a precious first half lead to draw 1-1 with Bekwai Youth Football Academy at the Gyamfi Park on Sunday. The former Premier League side scored in the 23rd minute through Enoch Odoom but after a barrage of missiles thrown by the hosts, Ebusua Dwarfs failed to protect their lead as BYFA fetched the equalizer in the second half.

Abubakari Gariba scored from the spot in the five minutes into the second half to give BYFA a vital home point against the experienced Ebusua Dwarfs side who paraded a chunk of their Premier League stars including captain Dennis Korsah.

Samartex 1996 got off to a flying start with a 2-0 win against Asokwa Deportivo. Richard Gyamfi grabbed the headlines with a brace for the Sameraboi side.

New Edubiase United were 1-0 winners over Achiken FC while Basake Holy Stars beat Soccer Intellectuals 2-0 in Cape Coast. Augustine Owusu opened the scoring for the visitors in the 18th minute before Amos Korankye’s own goal in the 53rd minute.

Aboagye Dacosta scored the match winner for Swedru All Blacks who piped Future Stars 1-0 at the Swedru Park. The lanky attacker netted in the 68th minute against the newly promoted side to win the day for All Blacks.

Sekondi Hasaacas were at their best as they defeated Unistar Academy 2-1 at the Gyandu Park. Erick Arthur and Seidu Abdulai were on target for the Doo Boys as Clement Asiedu also scored for Unistar.

Find the full results below: 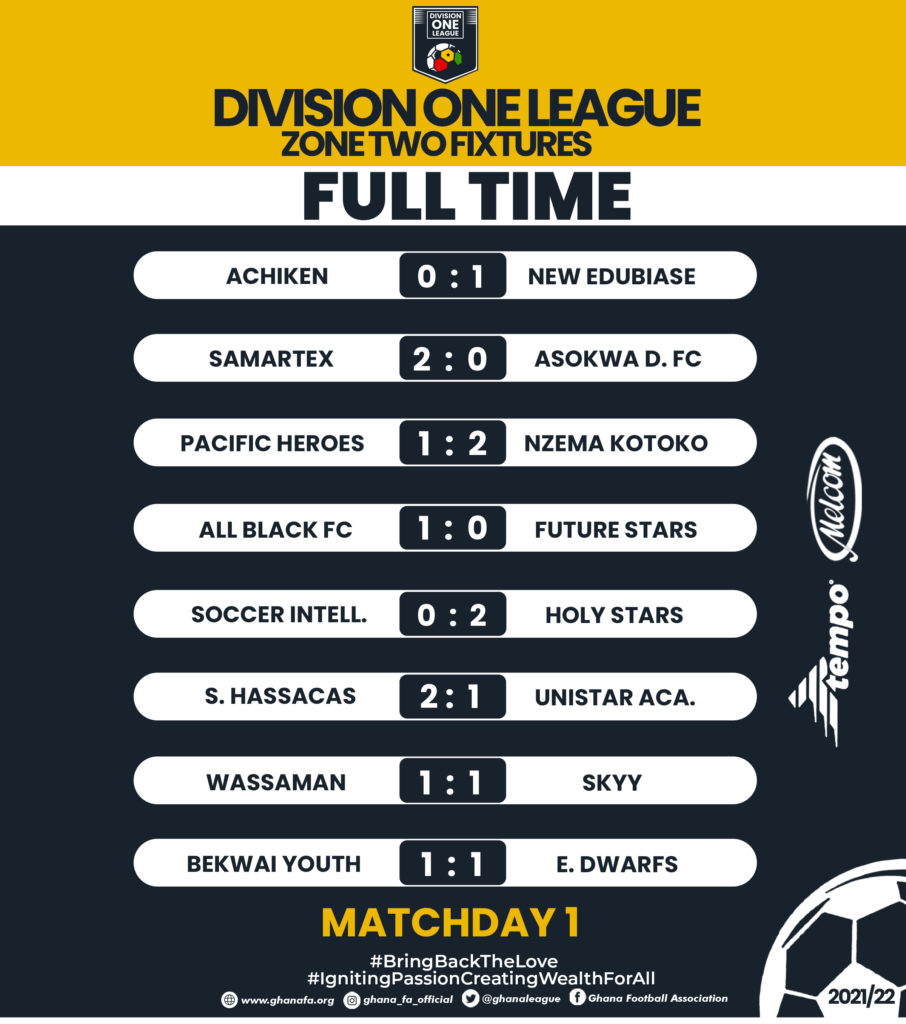