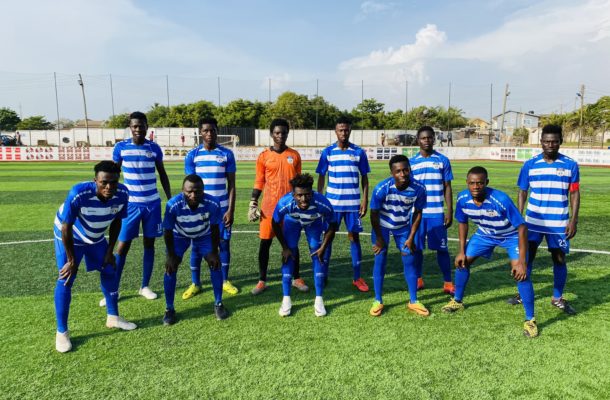 The 2021/22 Division One League season kicked off on Friday, November 19, 2021 in Zone One where Young Apostles Football Club hosted Tamale Steadfast FC at the Ohene Ameyaw Par at Techiman.

The home team had to play at Techiman Park due to the unavailability of the Sunyani Coronation Parkas it wasn’t approved by the Club Licensing Committee. Young Apostles beat Steadfast FC 3-0 Friday afternoon to get their season off to a great start.

Emmanuel Yeboah grabbed a brace in the 29th and 32nd minutes before Hakim Mohammed added the third for Young Apostles in the 73rd minute.

Here is what to expect on Match Day One: 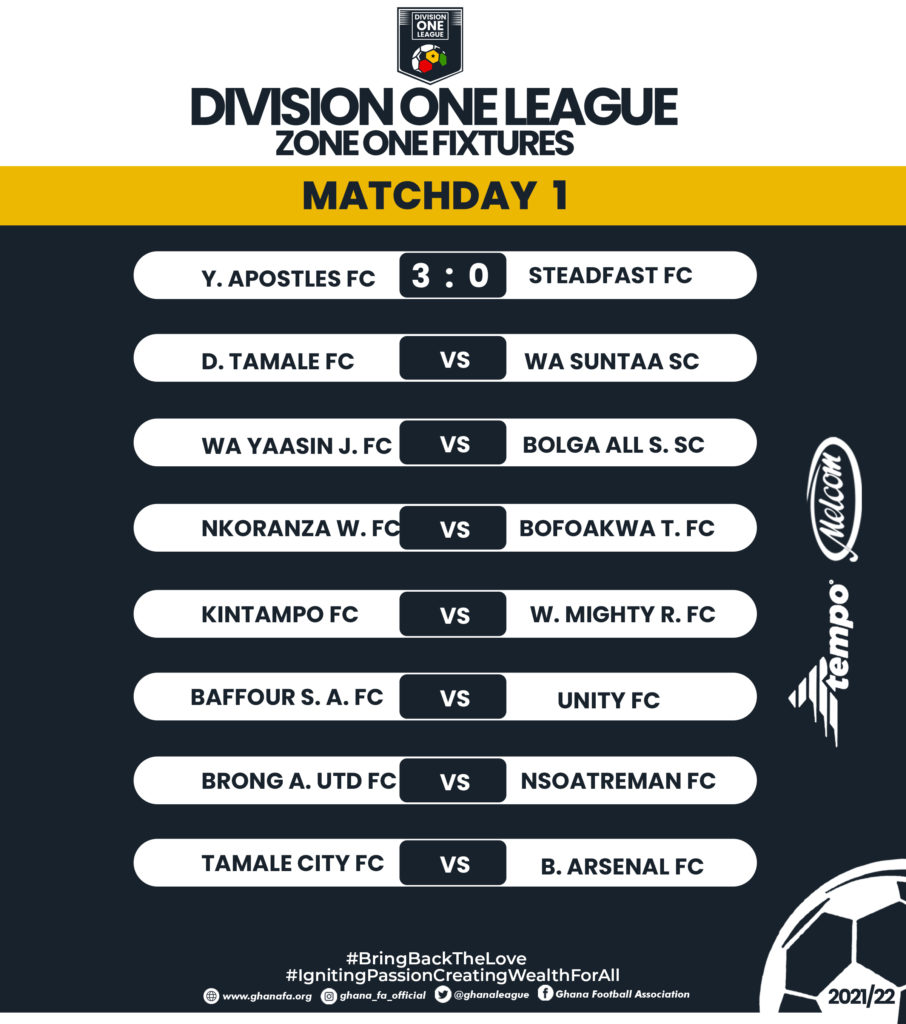