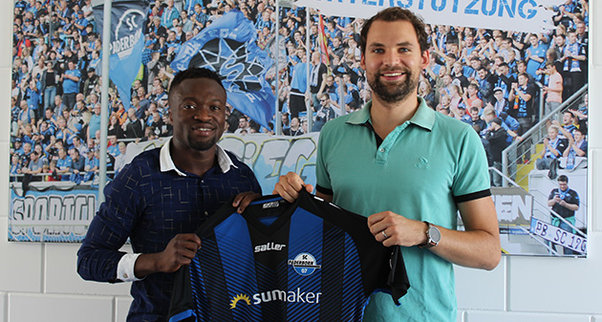 Ghana striker Benard Tepketey has completed a switch to German Bundesliga 3 side SC Paderbon from Schalke 04 ahead of the forthcoming season.

The pacey attacker signed a three-year contract after passing his medical on Tuesday.

The Gelsenkirchen-based side included a buy-back clause in the Ghanaian's contract - which suggests that Coach Domenico Tedesco might be eyeing a re-union in future.

Tekpetey made two appearances for the Black Stars during the 2017 AFCON in Gabon.