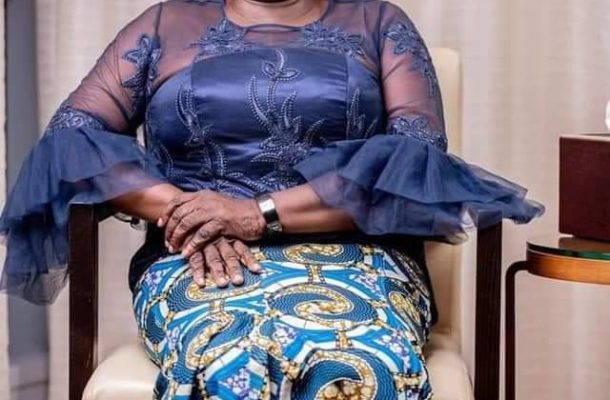 Until recently, Vice-presidential nominees made a smaller electoral difference in Ghana’s politics but Dr Mahamudu Bawumia changed the narrative.

The current Vice-president of Ghana was naïve and lacked a sufficiently nuanced understanding of the workings of the country’s politics in 2008 when he was selected by the then-candidate of the New Patriotic Party (NPP), Nana Addo Dankwa Akufo-Addo, to the chagrin of many party stalwarts.


He was mischaracterized and vilified by his own party members as well as those of the opposition. They claimed he did not belong to the NPP and that he was too weak for the vitriolic nature of Ghana’s politics.

But nearly 12 years down the line, Dr Bawumia has proven to be more useful and helpful to the NPP than any other running mate in its political history. The politician that hitherto was the ‘despised’ former deputy Governor of the Bank of Ghana has now grown to become the party’s favourite, confirming the ancient Chinese proverb that says: “patience is power; with time and patience, the mulberry leaf becomes a silk gown.”

In the 2016 election, for instance, Dr Bawumia elevated Ghana’s politics to a different level through his economic missiles directed at the then President John Dramani Mahama. He predicted with ease with data backed by the Central Bank, the collapse of indigenous banks because of mismanagement, including UniBank Ghana Limited. Today, supporters of the governing NPP should be more than grateful for the visionary choice made by President Akufo-Addo.

There may be another visionary choice in the making.

The flagbearer of the opposition National Democratic Congress (NDC), John Dramani Mahama announced on Monday his former appointee and first female Vice-Chancellor of the University of Cape Coast, Professor Jane Naana Opoku Agyemang as his running mate for the 2020 General Elections. The months-long suspense of who would be the ‘chosen one’ was finally brought to an end.

The former Education Minister is not the first female to be selected as a running mate in the political history of Ghana. But she is the first to be selected by one of the two largest and dominant political parties in the country. Now, this is what is called first-first, like it or not. We need to start speaking the truth in this country.

As anticipated, the NPP has launched a scathing attack on the personality and credentials of Professor Jane Naana Opoku-Agyemang. The NPP Communications Director, Yaw Buaben Asamoah told journalists hours after the announcement by Mr Mahama that: “Opoku-Agyemang hardly meets the expectations of someone who has the track record of fighting for women and their welfare.” But the laughable and rush press conference organized by the NPP to throw dirt on the integrity of the veteran educationist will mark the beginning of the downfall of the current administration.


As much as I agree that Professor Jane Naana Opoku-Agyemang, like any political appointee and Vice-presidential candidate has some drawbacks, I am confident that she has some real and magical appeal that no one can take from her. She will be of immense help to the NDC and as such the party should not take her for granted, including Mr Mahama.

Professor Naana Opoku-Agyemang is bringing back decency in the way we conduct our politics, a trait that is so critical for our political system. Throughout her days at the Ministry of Education, the veteran educationist did not allow the politics of the country to define her. She may have made some bad choices as a leader at a point but she was decent. The coarsening of debate and the gutter-to-gutter argument on our airwaves are indications of how the current crops of politicians are failing the citizens and future generations.

The absolutist stance of both the NPP and NDC supporters is to be blamed for the vile political commentaries in the country. Ex-UK Premier, Theresa May was right when she said that: “ill-words that go unchallenged are the first step on the way to ill-deeds.”

I don’t understand how anyone who values political decency will not support Professor Jane Naana Opoku-Agyemang.

She may be a political neophyte just like Dr Bawumia was in 2008, but with time she will rise up to the occasion and I am confident that this can be done with ease in a matter of months, considering her outstanding performance at the Ministry of Education. She is a fast learner and may prove better than Dr Bawumia. And yes she does not need to be an economist since she can tap from the wisdom of the numerous economists in the country.

I would like to advise supporters of both the NPP and NDC to exercise some restraint in their attempt to attack the ‘good-old Professor.’

She may end up outweighing Dr Bawumia.