Don't depend on my ill health; we are all in the hands of God - Akufo-Addo fires NDC 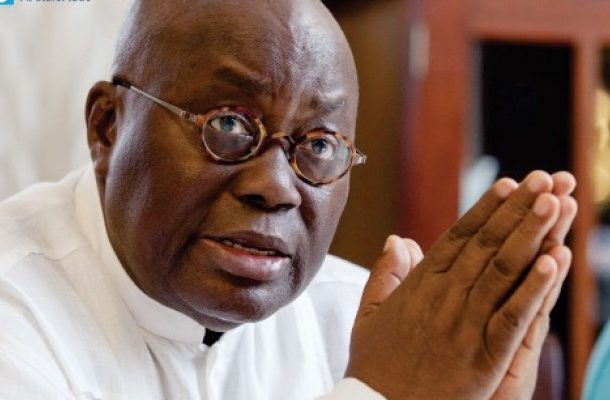 President Nana Addo Dankwa Akufo-Addo has reacted to a news item speculated on social media by some opposition supporters over his alleged ill health.Delivering a speech at the National Cyber Security Awareness month jointly organised by the Ministry of Communication and the National Cyber Security Centre at the Kofi Annan International Peacekeeping Training Centre (KAIPTC) on Monday, 22 October 2018, the president said: “My presence at the Military Hospital yesterday to visit my brother-in-law, the famous pilot, Captain Pius Mensah, who is unfortunately there for a hip operation, has been translated into my collapse on social media and preparation for my evacuation abroad.“All I can say is that those whose political fortunes depend on my ill health and my degeneration, all I can say is that we are all in the hands of God, Amen”, he said to the laughter of his audience.The president’s cousin, Gabby Asare Otchere-Darko, had early on taken to Twitter to debunked the assertion that President Akufo-Addo had taken ill.