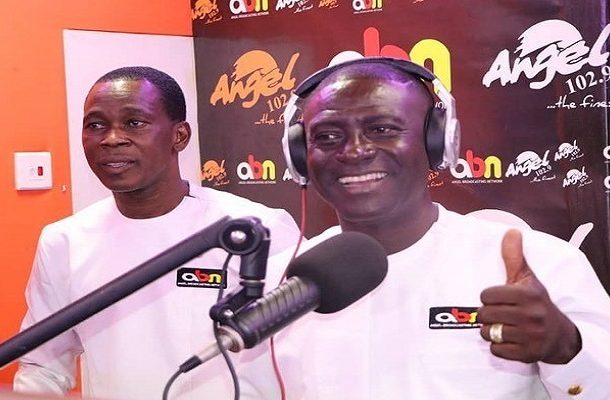 General Manager of Angel FM Accra, Kwadwo Dickson, has asked friends, listeners and followers of Captain Smart to stop being emotional over the punishment meted out to the latter by founding President of Angel Broadcasting Network (ABN), Dr. Kwaku Oteng.

According to him, it was unfair and unacceptable for the audience to attack the management for suspending Captain Smart.

His comment follows the calls and pressure being mounted on ABN management to lift the sanction slashed on the popular broadcaster and restore him back to his post.

"Listen to this with rapt attention... we depend on you the audience in all our operations, no doubt about that. Without you, we wouldn't be sitting here for anything so we need you.

"But, inasmuch as we need you as our audience does not give you the opportunity to come and insult us. Don't follow your emotions, it is not done anywhere," Kwadwo Dickson said Saturday evening on the 'Siso Bio' news program.

He continued, "Captain Smart is a hardworking guy, he doesn't joke with his work and we like him... but, let me be emphatic, he has been put off air for one month by the owner of the company. The owner says Captain Smart has been insulting people on his show.

"According to the boss, he was not brought up to disrespect the elderly so he won't allow any of his workers to use his radio station to rain insults on people. So he has suspended him and expecting that he'll get back to work as a changed person"

"So whichever way Captain Smart will explain the issues to you, you must also ask him to tell you what was contained in his suspension letter," he added.

Captain Smart who is ABN's Director of Operations and host of the station's flagship morning show, Angel in the Morning, was suspended on Thursday, May 6, 2021, in what Dr. Kwaku Oteng says he [Captain] has been using his platform to making false and damaging statements about government officials.