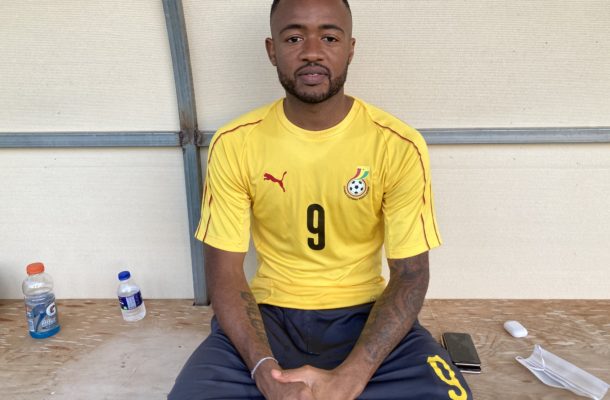 Ghanaian striker Jordan Ayew has often bore the brunt of his critics for failing to score goals which is the primary duty of every striker in football.

But Spokesperson for the Ayew family , Fiifi Tackie says that Jordan Ayew is more of a team player and people should look at his contribution on the pitch than just goals.

“Jordan Ayew is more of a team player than an individual player”, he told Happy FM.

“He doesn’t see anything wrong if he tries to assist than to score. Assess Jordan Ayew by his contribution on the pitch it is why Patrick Vieira will continue to use him”.

The 30 year old Ghanaian striker is not only having a dry spell for the Black Stars of Ghana but also for club side Crystal Palace.

He has failed to hit the back of the net for the Black Stars since doing so in the CAF AFCON qualifiers on 28th March 2021 against Sao Tome and Principe.

He was tipped as the heir apparent to legendary Ghanaian striker Asamoah Gyan but has failed to live up to the billing with a paltry 18 goals scored in 69 matches.

The  whole of last season the goal shy striker scored only a goal in 33 matches in the English Premier League for Crystal Palace.

Jordan Ayew's situation this season has not been any better as he has failed to score a goal in eight matches in the English Premier League and also the Carabao Cup.

His coach at club side, Patrick Viera was critical of the striker after missing a glorious chance in their Premier League game against fierce rivals Brighton, a match they went on and drew 1-1 after a late Neal Maupay goal.