DR Congo to vaccinate against Ebola after two deaths 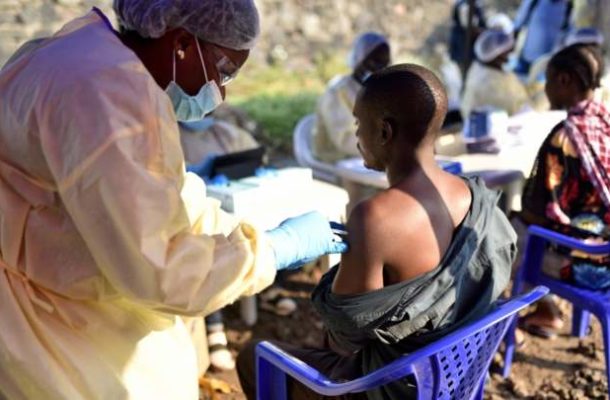 Officials in eastern Democratic Republic of Congo are gearing up to begin an Ebola vaccination campaign following the death of two people in North Kivu province.

A 60-year-old female farmer died of Ebola on Wednesday, six days after a 42-year-old woman had died in hospital of the virus near the city of Butembo.

Eugene Nzanzu Syalita, the province’s health minister, told the BBC that they would start inoculating people in Masoya, a heath zone near Butembo. He did not specify when exactly this would be.

In total he said 161 people in that area had been traced who had had contact with the first patient.

Samples are being studied in the capital, Kinshasa, to assess whether the cases are a new strain of Ebola.

The virus was first discovered in DR Congo in 1976 and the country has suffered 11 outbreaks in total over the last four decades.

In response to the West Africa epidemic, which killed more than 11,000 people from 2014 to 2016, several vaccines were developed and were first used in DR Congo in 2019.