Dr. Lawrence writes: NDC will not accept any flawed elections 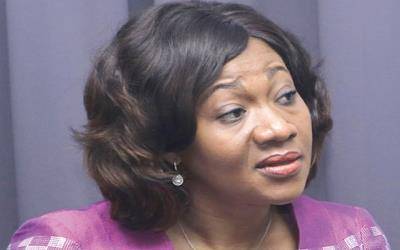 The above were the strong words to the people of Ghana, especially to Nana Akufo-Addo, Mrs Jean Mensah, Dr. Bossman Asare and the Chief Justice, Justice Kwasi Anin-Yeboah. The words didn’t come from no a less person than the former President and Flagbearer of the NDC, John Dramani Mahama.
Since these words were spoken, the governing NPP have given different meaning to it but I think, the personalities mentioned above still have time to rescue any flawed elections coming our way. Hon. Inusah Fuseini did put it better when he said, the elections in December should be opened to all Ghanaians, eighteen years and above, and of sound mind, to vote. I am aware there are cases at the Supreme Court to make the above happen. We are all waiting for 23rd June or so, to see what the results will come from the Supreme Court. I made my predictions on 11th June but I will leave it like that.
President Mahama has said NDC will not accept any flawed elections in December 2020, but I think this is a normal statement from an incoming President. I am sure the Director of Elections, Hon. Elvis Afriyie-Ankrah has taken note of that statement. It is just to throw challenge for Nana Akufo-Addo and Jean Mensah to also come out publicly and assure Ghanaians that the elections in December will be free, fair and transparent. They should not just say it but they should put in place measures that will get Ghanaians to believe them.
Ghana has had experience with Ayawaso West, where animals were released to attack human beings; the elections to create the Regions, where there were videos of people voting multiple times and recently at Tarkwa Nsuaem, where some assembly members were forcefully prevented from voting. When the President was asked, he said he was not aware that the NIA were registering people in Eastern Region, after he had announced the postponement of such activities due to COVID-19. In all these instances, the NPP has had its way without any challenges, but no more!!!
If you are a member of the NDC, you want an assurance from your Flagbearer and party leadership, that your time, money and other resources will not go to waste due to flawed elections. This is why I welcome this refreshing statement from John Dramani Mahama.
In America the Chief Justice, Justice John Roberts, had to save the Obamacare, the Presidency and the country by taking over his Court and applying both the law and common sense.
In Ghana, I expect the Chief Justice, Justice Kwasi Anin-Yeboah to take over his Court and save our country, our democracy and the Presidency, so on January 07, 2021, Nana Akufo-Addo will hand over peaceful to John Dramani Mahama. I don’t think I have asked too much from Justice Kwasi Anin-Yeboah.
Dr. Lawrence is the Founder of the Diaspora Progressive Movement in USA.