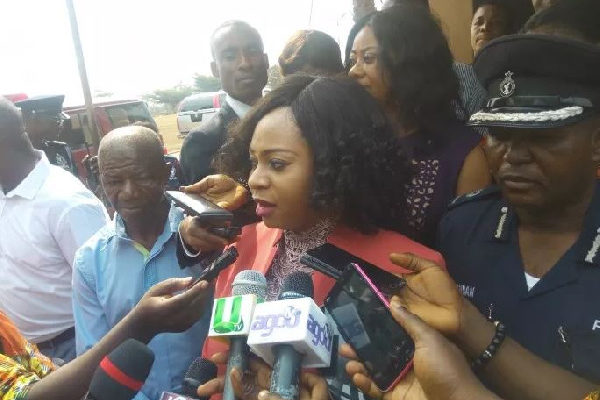 We thank God that the NPP finished their primaries on Saturday. There were fights, cheats and missing names but that is normal during NPP primaries. At least, so far as I know, there were no casualties, first in the history of the NPP. Congratulations to the victors.

So far about 65 MPs went unopposed, over 45 incumbents lost their re-election bid and that threw the promises and the re-election of Nana Addo into disarray.

The primaries on Saturday, showed that all those who lost, won in 2016 because they ran on Nana Addo’s 419 promises. People fell for those promises and voted for them. Now that they have seen those promises could not be fulfilled, the people had no choice but to vote them out. If people like Ama Sey could beat Baba Jamal, that should tell you that the 2016 election wasn’t a normal one. I wasn’t surprised that she lost in the primaries. The NPP are now waking up to the realities.

The NPP Executives carefully gave 65 of their MPS a free pass to go unopposed. The fact is that, those who went unopposed are the face of the NPP. About 50 of them would have also lost their re-election bid. That would have broken the front line of the NPP. To save that ugly face, the Executives gave them a free pass but I can assure the NPP Executives that he who fights and runs away, lives to fight another day. The general elections are ahead of us, and they are coming with a limping horse.

So, now Ghanaians know why Nana Addo opened-up the country in the midst of rising numbers of COVID-19 patients? There was absolutely no social-distancing at the primaries. I understand there are over 10,000 recoveries over the weekend. I am not a prophet of doom, but in 14 days, when the affected numbers begin to go up again, it will be real and instead of the recoveries going up, it will be real victims dying.

With 65 MPs went unopposed and over 45 MPs losing the elections, the grounds look better for the NDC. The general outcome of the election meant that Ghanaians are becoming discerning. The 14% pass mark given to this NPP government by the NDC forced the NPP delegates to think. The re-election of Nana Addo has fallen flat. As soon as the manifesto and the Vice Presidential candidate are outdoored, NDC will be on it’s way to total victory in December.

At this point, I can say on authority and I am commanding Nana Addo to start preparing his handing-over note. JM is coming like Kakai to give us hope. Ghanaians will force Nana Addo to hand-over peacefully in January, 2021. Insha Allah.