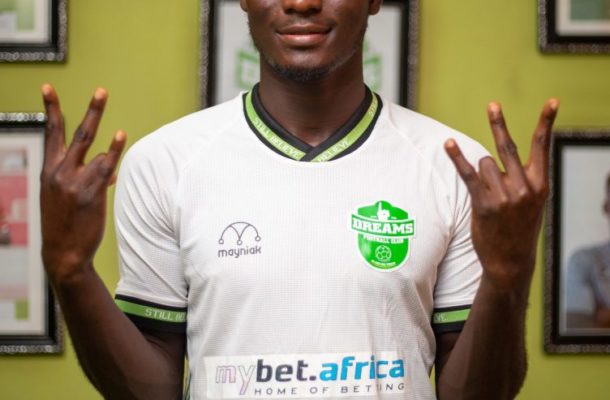 The fierce forward will be looking forward to replicate his stellar while with the Dansoman based side last season.

The lanky forward has started training with the Still Believe lads and will be an integral part of the team’s campaign when the league commences on the weekend of 28th October 2021.

Dreams Football Club will welcome Kumasi Asante Kotoko to the Theater of Dreams to honor the season’s opener.

Kwaku Karikari who is a striker was in good form for the relegated team despite going down as he scored seven goals in 32 matches .

He had been training with the Dawu based side as the two clubs were finalizing the deal with the Serbian coach of Dreams FC, Vladislav Viric  excited about having him.

Dreams FC have been very busy in the transfer market as they bolster their squad ahead of the 2021/2022 Ghana Premier League season with Eleven Wonders midfielder Samuel Boakye likely to be announced soon in the coming days.