Ebenezer Assifuah scores for FC Pau in win over Guingamp 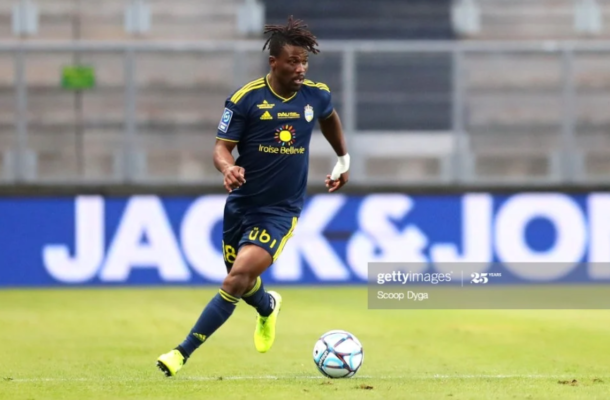 Ghanaian striker Ebenezer Assifuah was on the score sheet for his lower tier French side FC Pau in their 2-0 win over Guingamp on Saturday afternoon.

The home side started the game on the front foot but struggled to break down the resolute defence of Guingamp but they got the break through in the 36th minute through Ebenezer Assifiuah.

It was the fifth goal scored by the former Ghana youth star in the French Ligue II this season.

The Ghanaian striker played for 67th minutes before he was hauled off for teammate Zakaria Naidji who scored the second goal in the 83rd minute to seal the win for Pau FC as they moved to the seventh position on the league table with 24 points.

Ebenezer Assifiuah has made 16 appearances in the ongoing season and has scored five goals.