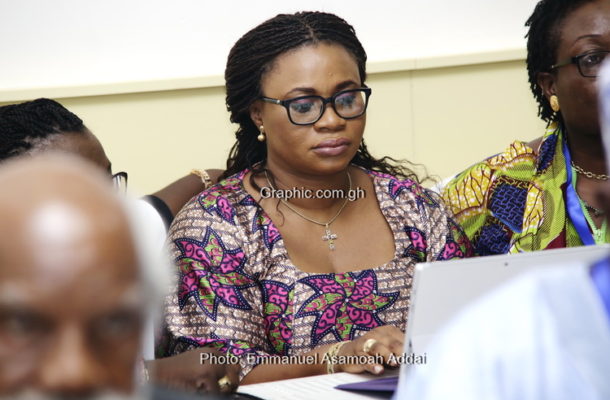 The Electoral Commission (EC) has said it is considering whether or not to review the filing fees for presidential and parliamentary candidates after some political parties described the fees as exorbitant.

According to the EC, it has taken notice of the concerns and that it a meeting would be held to that effect.

The EC last Thursday announced that presidential candidates wishing to contest the 2016 general election will be required to pay filing fee of GH¢50,000, while parliamentary candidates will pay GH¢10,000.

Some political parties have however expressed reservations about the prices.

The EC’s Head of Communications, Mr Eric Dzakpasu in an interview on Citi FM Tuesday said “the Commission has taken notice of the concerns and the Commission will meet taking into consideration of a review. And if there is a review it will be communicated to the political parties.”

Mr Dzakpasu explained that, the amount was fixed in accordance with the law, and as such, the monies will be deposited in the Consolidated Fund if the presidential and parliamentary candidates fail to garner 25% and 12.5% votes respectively, during the December general elections.

“The law gave the mandate to the Electoral Commission to fix the nomination fee for both presidential and parliamentary election and this is the decision taken at the management level of the commission in compliance with the law,” he said.

Mr Dzakpasu explained further that, “these fees that are collected from the political parties is a deposit in the sense that when you look at the regulation 45 of C.I.94, it says that at the end of the election where a presidential candidate is able to make 25% of the valid votes cast in the election, the money is refunded to the candidate and at the parliamentary level, if the candidate is able to make 12.5%, the money goes back to the candidate otherwise it is forfeited and it is paid into the consolidated fund but not the account of the Electoral Commission.”