EC ready to roll out new reforms ahead of December polls 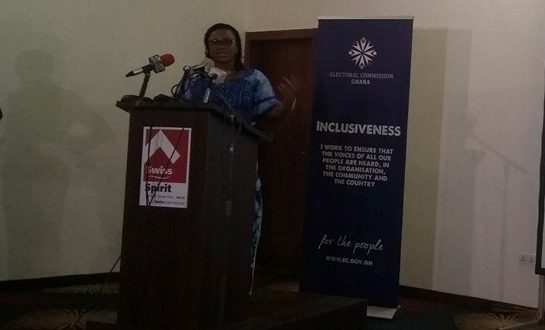 The Electoral Commission has begun the implementation of a series of reforms aimed at improving the transparency, inclusiveness and credibility of the upcoming Presidential and Parliamentary elections.

The comprehensive list of reforms, (27 in number), was the product of a Special Reform Committee set up by the EC after the 2012 Election Petition.

All the reforms proposed by the Committee were accepted by the EC, except two. These were:


The first, was rejected by the EC on the grounds that IPAC should remain the platform for engaging political parties only. The CSOs may continue to attend IPAC meetings as observers but not as members.

On the second, the EC maintained that in the event of a false rejection of a voter by the Biometric Verification Devices (BVDs), provision should be made for manual verification to prevent disenfranchisement of voters by the equipment.

The specific modalities for manual verification in addition to biometric verification are still under discussion at IPAC.

The 27 reform proposals which were accepted and are being implemented by the EC are as follows:

The Commission is of the view that, the implementation of this comprehensive list of reforms, will make the outcome of the 2016 elections credible and acceptable to all the stakeholders involved.