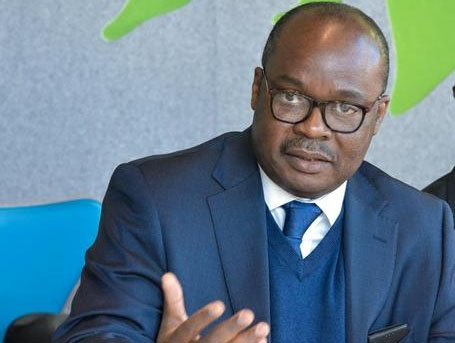 DEVELOPMENTS IN Ghana’s economic activity continue to point to sustained recovery following the downturn at the peak of the pandemic.

Dr Ernest Addison, Governor of the Bank of Ghana, who made this known at the 102nd Monetary Policy Committee (MPC) press conference and the 5th for this year in Accra yesterday, said the latest data from the Ghana Statistical Service (GSS) indicated a stronger pick up in the annual GDP growth to 3.9 percent in the second quarter of 2021, from the 3.1 percent recorded in the first quarter, and a 5.7 percent contraction recorded in the same period of 2020.

“Non-oil GDP, for the same period, grew by 5.2 percent, compared with a contraction of 5.8 percent recorded for the same period in 2020. The stronger growth performance in the second quarter reflects the sharp rebound experienced in the cocoa sub-sector which grew by 27.6 percent; supported by equally stronger growth of 18.7 percent in Hotels & Restaurants, 13.8 percent in Real Estate, and 10.7 percent in trade. This stronger performance, was however, moderated by a contraction of 18.9 percent in the mining and quarrying sub-sector, on account of a 10.8 percent contraction in the production of oil and gas.”

Dr Addison also said the BoG’s update of the Composite Index of Economic Activity (CIEA) for July 2021 reflected continued recovery in domestic economic activity adding that the real CIEA recorded a 20.0 percent year-on-year growth in July 2021, compared with 20.2 percent in June 2021, and 3.9 percent growth in July 2020.

“The growth in the indicators were somewhat broad-based with port activity, imports, domestic VAT, and air-passenger arrivals accounting for the increase,” he noted.

The Governor further stated that the Ghana Purchasing Managers Index fell in August 2021 mainly on the back of rising input costs.

“The decline in the Purchasing Managers Index was consistent with the results of the Bank’s latest confidence surveys, conducted in August 2021, and which indicated some softening of business sentiments. The survey results revealed the inability of businesses to meet their short-term company targets driven by high input costs, unavailability of raw materials, weak consumer demand, and rising labour costs. Consumer confidence, on the other hand improved, reflecting optimism about current and future economic conditions.”

Noting that the pace of growth in total liquidity moderated in August 2021, he said broad money supply (money in circulation) increased, on a year-on-year basis, by 20.2 percent in August 2021, compared with the 24.8 percent growth recorded in August 2020. “The slower growth was due to a contraction in the Net Foreign Assets (NFA) of the banking sector. Reserve money, on the other hand, increased significantly by 36.7 percent, compared with 20.2 percent over the same comparative period, largely reflecting the net build-up in the bank’s foreign reserves, higher cocoa purchases than anticipated and continued implementation of Covid-related policy measures,” Dr Addison explained.