‘Economy is fertile for growing business’ 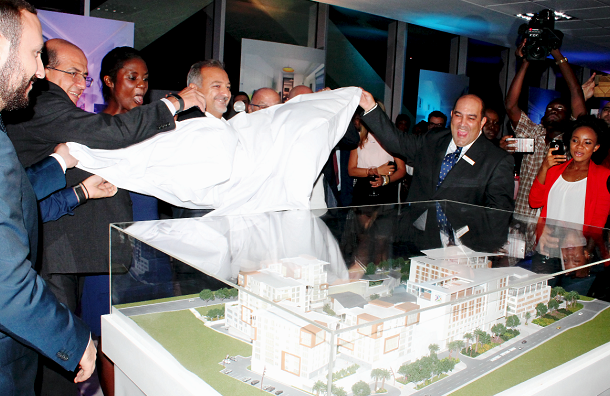 The Chief Executive Officer of the Forewin Group of Companies, Mr Ghassan Yared, has described Ghana’s economic environment as fertile enough to grow any business.

He mentioned the peaceful atmosphere as one of the indicators that had helped shaped the economy for local and foreigners to do business.

In an interview with the Daily Graphic after the launch of “the Exchange,” a multi-complex project in Accra, Mr Yared said businesses needed a conducive atmosphere to thrive.

The project, which is currently under construction near the Kotoka International Airport, is expected to be completed in 2018.

The first phase of the project is estimated at $150 million. It is being constructed by MSF, a Portugal-based firm.

The project is a partnership between Mabani Holdings, the parent company of Forwin Group of Companies and Actis LLP, a leading private equity fund in Africa and Asia.

Mr Yared said “The Exchange”, when completed, would have a large shopping area, high street shopping mall with big international brands, a top supermarket inside the mall and private residences.

Economic benefits of the Exchange

“The project is set to benefit the Ghanaian economy immensely with over 90 per cent of the project to be subcontracted to local companies which is very important to bring in the value that is expected” Mr Yared said.

He added that more than 1000 jobs would be created during the construction stage.

Mr Yared said the consultants for the project, Mabani holdings, was strategically positioned to ensure successful execution and completion of the project.