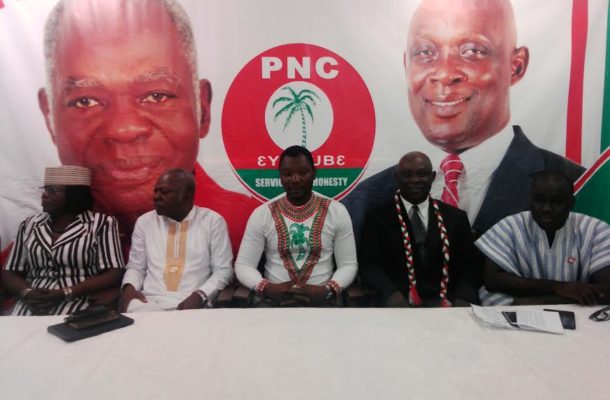 The Peoples National Convention (PNC) has outdoored it's choice for the veep position ahead of the 2016 General election in December in a highly charged atmosphere at the Ghana International Press Centre in Accra.

The event which lasted for about an hour was attended by the party chairman Mr Bernard Mornah who also doubled as the chairman of the event, and other high ranking members of the party.

Bernard Mornah was also confident the exposure of the party's vice presidential candidate will give the party some urge over other political parties arguing that he's the most experienced veep in history.

Addressing the gathering, the Presidential candidate of the PNC, Edward Nasigre Mahama explained that the party settled on the candidate because of his proven competency in matters relating to the Economy, Youth Unemployment and Power.

He added that this was the only time he had had to face a challenge in making a veep choice and said it was a pleasant difficulty in taking the decision.


He however bemoaned the situation where factories have been converted into churches and blamed that on economic mismanagement.

On his part, the outdoored vice presidential candidate of the PNC, Emmanuel Anyidoho, said he is ready and willing to render his support for victory 2016.

In his acceptance speech, he said that a PNC led government will pursue a strict expenditure regime and will arrest the issue of rising debt stick through fiscal discipline.

This announcement was welcomed by cheers and singing.