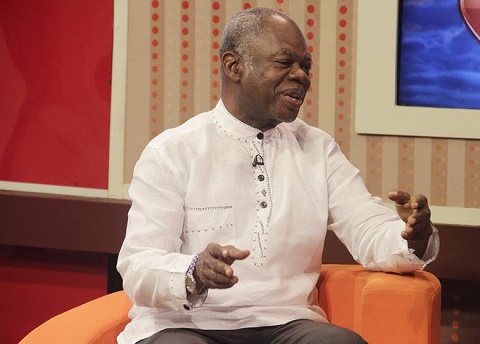 Presidential Candidate of the People’s National Convention (PNC) Dr Edward Nasigre Mahama will pick his running mate from the Volta Region, the party’s chairman has disclosed.

The person is an astute economist, who has worked at the Ministry of Finance and the United Nations (UN) and the African Union (AU), Bernard Mornah hinted on TV3’s Midday Live on Saturday, September 10.

Clarifying the process by which the party’s vice presidential candidate will be named, Mr Mornah said a five-man committee is expected to make its findings about the candidate known to the party on Saturday.

Then, after the meeting, a statement will be issued announcing the person, the former PNC General Secretary said.

The candidate is said to have an economics training from the Harvard University.

“He comes with a vast experience from Africa and the world,” Mr Mornah said.

From checks by 3news.com, the PNC is highly likely to name Emmanuel K. A.

Anyidoho, the President of African Development Center of the University of Nicosia as the candidate.

A profile of Mr Anyidoho reads:

“Emmanuel has over 30 years of experience as an Economist. His areas of specialization include Trade, Regional Integration, Finance, Public Finance, Debt, Globalization and Financial Management. He has a high level experience with international organisations and the public sector. He has been a consultant on EU, UN, DfID, International Growth Centre (IGC), African Union (AU) and Price Waterhouse Coopers projects. He has worked with UNDP, UNECA, AU and governments. He has also been a Lecturer in Economics at the University of Ghana and the University of Liberia. He was also Visiting Lecturer at the West African Insurance Institute (WAII) and the West African Institute for Financial and Economic Management (WAIFEM). He specialises in Trade, Public Finance (& PFM), Finance and Evaluation. He has lived and worked in Africa, Europe and North America. He is a member of the Economic Society of Ghana, IPDET, IDEAS, Paris 21, ECG and several other organisations.”