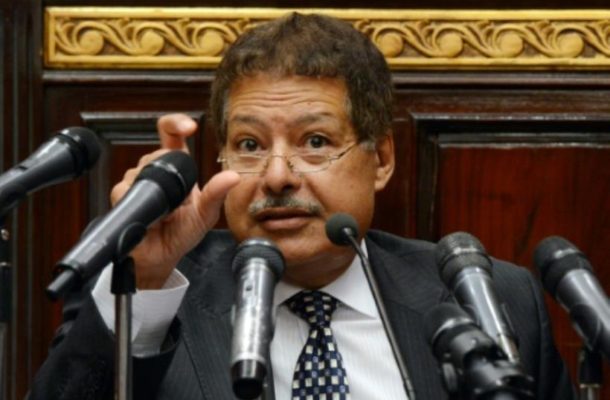 Zewail, who served as a science and technology advisor to US President Barack Obama, died Tuesday in the United States. He was 70.

Live footage on state television showed the scientist's coffin shrouded in an Egyptian flag and drawn by horses on a carriage flanked by men in military uniform.

The coffin was then carried in an ambulance to a second procession from a university he founded at the Zewail City of Science and Technology before his expected burial in the family tomb nearby.

Zewail, a naturalised US citizen, won the Nobel prize for chemistry in 1999 for his groundbreaking work in the study of chemical reactions in extremely short timescales.

He was the third Egyptian to win a Nobel prize and the country's first scientist to do so.

His work showed that it is possible with rapid laser technique to study in slow motion how atoms in a molecule move during a chemical reaction.

According to the Nobel Prize website, Zewail's work led to the birth of the research area called femtochemistry, "which enables us to understand why certain chemical reactions take place but not others".

His discoveries offered scientists greater insight into chemical and pharmacological processes with implications across a range of disciplines including human health, electronics and high precision

In 2009 Zewail was appointed to Obama's Council of Advisors on Science and Technology, and later that year he was named the first US science envoy to the Middle East.

Until his death Zewail worked at the California Institute of Technology.

He was a member of several prestigious scientific institutions including the National Academy of Sciences and the US American Academy of Art and Sciences. He was a fellow of London's Royal Society.