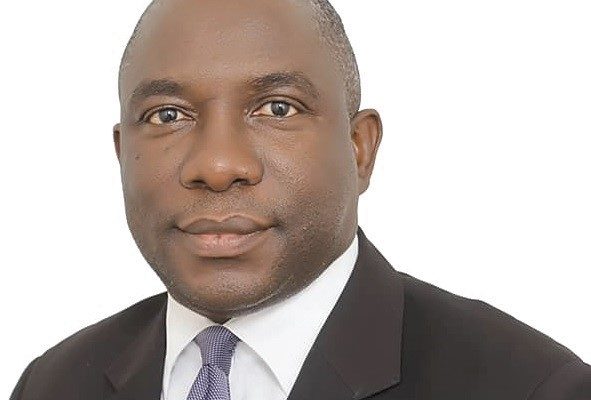 “Where there is no vision the people perish” Proverbs 29:18.

“I can already see, in my mind’s eye, a picture of Ghana as it will be by the end of the Plan period. I see a State with a strong and virile economy, its agriculture and industry buoyant and prosperous, an industrialized nation serving the needs of its people” - Dr. Kwame Nkrumah, (speaking at the launch of Ghana’s 7-Year Development Plan on 11th March, 1964).

Today, 1st July 2020, the day and year in which we commemorate the 60th Anniversary of our Republic and 63 years of independence, our beloved country Ghana, has lost her vision and is groping in the dark. Her current leaders have become revisionists of our political and economic development history, records of they cannot match and have thus resorted to revising it; majoring in minors and minoring in the majors that would meet the basic needs of her people.

The African continent is believed to be lagging behind the rest of the world on many fronts, despite the vast natural resources it is endowed with, because of the lack of capable leaders to serve as stewards in the process of nation building.

It has become increasingly necessary therefore, to be very careful in choosing leaders for nation building, as we are witnessing too many people with titles, occupying positions of leadership meant for nation building, but have no clue what their responsibilities are. Let us bear this in mind when we go to the polls in December 2020. The noises we are hearing must not distract our attention. What leaders are we voting for? Stewards or title and position holders?

As Kwame Nkrumah exemplified, capable leadership that is accountable, casts visions of desired states, shares the visions for stakeholders’ acceptance, mobilizes stakeholders and resources to execute implementation of the vision even in the face of challenges, evaluating and sometimes revising strategy where necessary to ensure the goals are attained. Alas, since the vision bearer was removed from office in 1966, Ghana lost it and is yet to recover.

In 1995, the government of Ghana published a Vision 2020 document that was supposed to be the blueprint for Ghana’s transformation to a middle-income country. Here we are, exactly in the second half of the year 2020 and that promise has turned out to be a mirage.

Thankfully, in 2018, a forward looking team of technocrats at the National Development Planning Commission (NDPC) went through the process of developing a long term development plan for the socio-economic transformation of Ghana into a high income country by 2057 when Ghana attains 100 years of independence.

The world class development plan (2018-2057), which should have been in the third year of implementation in 2020, has been put on the shelf gathering the proverbial dust, while a casual “Ghana Beyond Aid” Charter, which has not been shared for stakeholder buy-in, because it falls short again and again of the basic ingredients of a standard development plan, is  sloganeered to create the erroneous impression that we are following a plan. Who is the government of Ghana deceiving with this Ghana Beyond Aid slogan?

The collective neglect of the vision and BHAGS for Ghana, while leaders loot and share its resources for their individual advancement is heart-wrenching. We know a few government officials of cabinet rank who have envisioned ownership of world class enterprises for themselves. Those enterprises have long term BHAGS and they have put the best people in charge to ensure that their goals are achieved.

If corporate Ghana, with all her resources belonged to one of those entrepreneurs sitting with the President in cabinet, would they approve the Ghana Beyond Aid Charter as a strategic national development plan? Would they approve the appointment of 121 ministers of state to manage a distressed economy with an annual budget of just GHC65 Billion?

Compared to the visionary Kwame Nkrumah, who established many industrial projects and enterprises, as a means of securing our economic independence and to ensure we are at the centre and in control of our economy, leaders of today really fall short.

And although Kwame Nkrumah made it clear that “State Enterprises were not set up to lose money at the expense of the taxpayers. Like all business undertakings, they are expected to maintain themselves efficiency, and to show profits. Such profits should be sufficient to build up capital for further investment as well as to finance a large proportion of the public services which it is the responsibility of the State to provide”, his detractors misrepresented his mixed economy policy of public, cooperatives and private sector. And they are still at it through the revisionist agenda.

Today, those who chastised Kwame Nkrumah for setting up industries and state enterprises have captured those enterprises, sold many of them and reduced the rest to cash cows for party financing as well as breeding grounds where party activists are financially fortified to contest for public elections at the expense of tax payers. Which part of that is protecting the public purse?

Before you vote in the December 7th elections, think of stewardship and incorruptible leadership. That is what Ghana needs to move from third world to best.