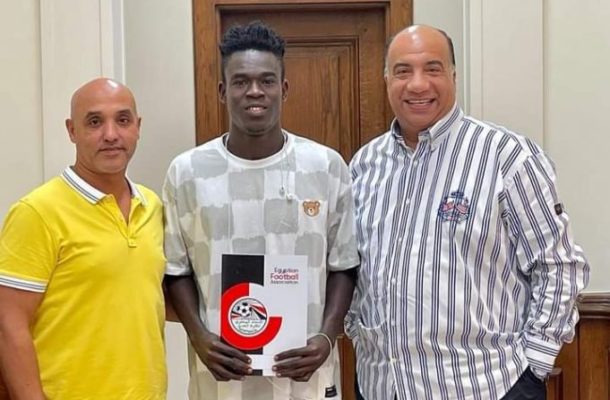 According to reports his club Elmina Sharks will fetch around US$100,000 for the 20 year old striker .

Elmina Sharks struggled heavily in the Ghana Premier League as they narrowly escaped relegation on the final day of the season with the player an integral part of the squad.

He scored 8 goals in 14 matches in a season which was blighted by injuries and has scored a total of  15 goals in 43 matches.

He becomes the second player from the Ghanaian top-flight to sign for Ittihad after Bechem United skipper Moro Salifu who completed his switch a fortnight ago.