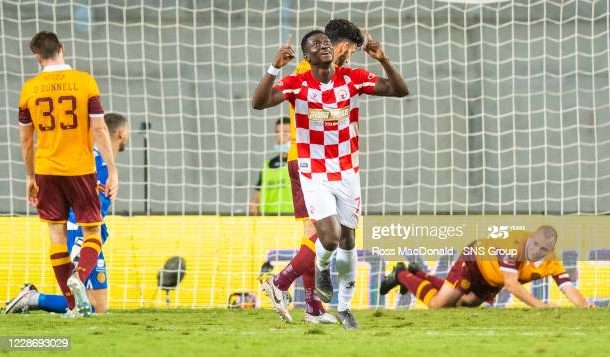 Dutch born Ghanaian forward Elton Acolatse is reportedly attracting interest from Turkish giants Galatasaray as they line him up for a summer move.

The forward has been in great form for his Israeli side Hapoel Beersheva this season since joining permanently from Sint-Truiden especially in the UEFA Europa League.

He has this season scored five goals in thirty matches for his side with most of his goals coming in the Europa League.

Acolatse joined Sint-Truiden on a permanent deal in 2018 from rivals Club Brugge.

He started his career with Dutch giants Ajax before moving to Belgium to join Wasterlo and later joined Club Brugge in 2017 but struggled to break into the starting team and had to be loaned to Sint-Truiden.

He impressed at Sint-Truiden before penning a permanent deal a year later.

Acolatse’s current contract with Hapoel expires on June 30, 2024 but they re ready to sell him this june.