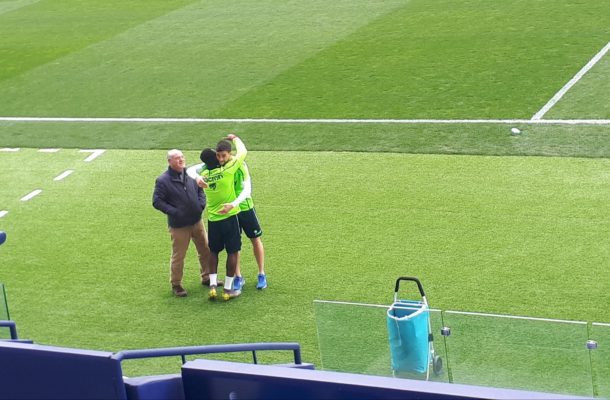 Emmanuel Boateng said his final goodbyes to his Levante team-mates today ahead of his imminent switch to Chinese Super League side Dalian Yifang.

The Ghanaian international is being sold by Levante to the Asian club for €11 million whilst they will also have 25 percent on any onward transfer.

The 22 year old is set to put pen to paper on a three year deal and will earn €1million a year.

Boateng started his European career when he joined Portuguese side Rio Ave in 2013, after impressing on a trial, from hometown club Charity Stars FC.

He shot to international prominence by destroying Barcelona last season with a hat-trick that broke the unbeaten record of the Catalan giants.