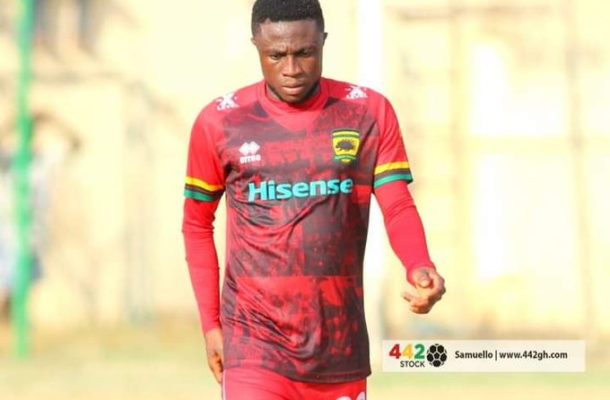 Emmanuel Gyamfi has reportedly signed a one year contract extension with Kumasi Asante Kotoko after a long protracted negotiations.

The Kotoko vice captain was left out of Sunday's traveling squad to Sogakope for the Liberty clash as his contract with the club had expired at the time.

Reports were that management of Kotoko had initially awarded the speedy winger a three month extension but he turned it down.

But according to Kumasi FM, the speedy winger has extended his stay by a year with the porcupine warriors.

Gyamfi has had a topsy turvy season at the club as he struggled initially and was even overlooked with defender Patrick Asmah at times playing on the flanks ahead of him.

But in the last four Kotoko matches he has been in good form as he has scored three goals in 21 matches all season his best ever goal tally since joining.

Emmanuel Gyamfi joined Kotoko as a free agent in 2016 after having stints with then Wa All Stars and lower tier side Shirak FC.

Kotoko will host WAFA in the matchday 26 game at the Obuasi Lane Clay Stadium this weekend.