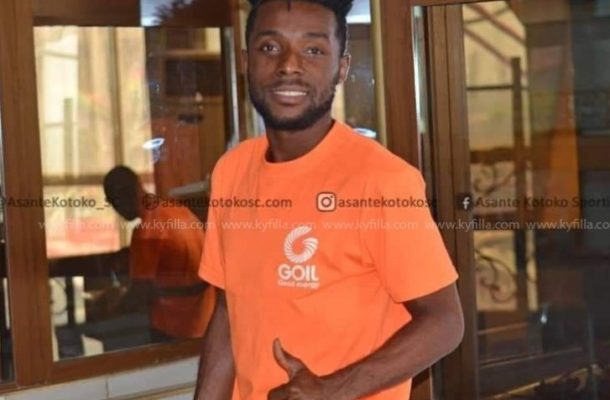 Ghana Premier League giants Asante Kotoko have again been hit by another judgement debt as the Player Status Committee of the Ghana Football Association has ordered the club to pay their former winger Maxwell Baakoh some owed monies.

Kotoko have been ordered to pay their former winger GHC25,000 being arrears of his signing on fees before he left the club

Maxwell Baako joined the Kumasi-based club on a two-year deal in 2018 from Karela United but was not paid his signing on fee before he departed at the start of the 2020/2021 season.

The aggrieved player and his representatives hauled the Kumasi based club before the Player Status Committee where they have been found guilty and have been ordered to pay the player his money.

The former Karela United player left Kotoko on a free transfer to Egyptian side Cleopatra Ceramica before sealing a move recently to Libyan side Al Madina SC.

He is the second player to win a judgement debt against Kotoko after Kwame Bonsu also won a similar case.

The Player Status Committee of the Ghana Football Association have ordered Kotoko to pay their former player Kwame Bonsu $30,861 due him to avoid a transfer ban.

Kotoko have been slapped with similar judgement debt after unilaterally terminating the contracts of former player such as Matthew Kelvin Andoh, Stephen Ayiku Tetteh, Abass Mohammed and Evans Owusu.

Former coach Maxwell Konadu also won a similar judgement debt against the club after the club unilaterally terminated his contract in December 2020.