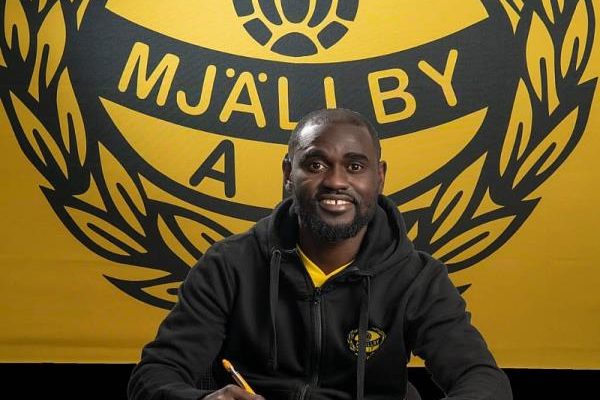 He has been a free agent after leaving AIK after a three year stay at the club in the summer of 2020 and has now been offered another chance to continue his football.

The player has passed his medical with the Scandinavian side and has penned a contract with them until 2022.

In an announcement made by the club on Monday, it read “Mjällby AIF has finished with experienced 30-year-old Enoch Kofi Adu. The midfielder comes most recently from AIK and has signed a contract until the 2022 season.”

After his signing the Sports Director of Mjällby, Hans Larsson had some kind words for the Ghanaian midfielder:

“Adu is a player who possesses the qualities we are looking for to continue to establish ourselves in the Allsvenskan.

“A player with extremely important routine and qualities in the central midfield that we are convinced we have great benefit from. He showed last year that he is a very competent player.”

“That Adu now chooses Mjällby AIF also shows that the club’s brand and attractiveness have increased,” he added.

The defensive midfielder is the second Ghanaian on the roster of the club as striker Mamudo Moro is with Mjalby.