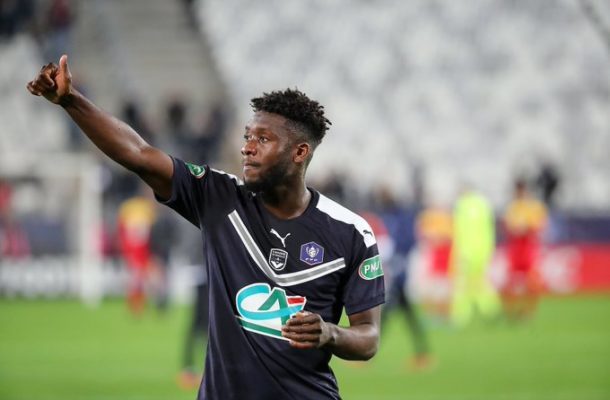 Bordeaux defender Enock Kwarteng is happy his side were able to record a 3-0 victory over Lens in the French Ligue 1 match on Sunday.

The French born defender of Ghanaian descent played the entire duration of the game as his side banished any fear of relegation from the top flight with just a game left in the season.

Bordeaux have been struggling a lot financially with that having a negative impact on recent results.

Kwarteng speaking after the game was excited about their start and hopes they are able to improve on their second half performance.

“A release yes, we scored that goal, it was important for us. We managed to have the advantage, now we must not give up and not take goals in the second half” he said.

He has played 17 times for his side across all competitions this season with Bordeaux lying 14th on the league log with 42 points after 37 matches.