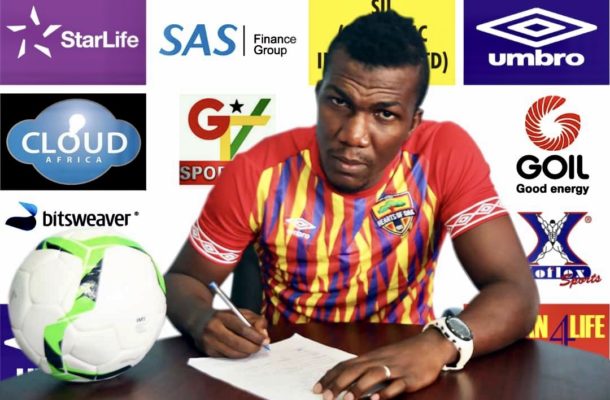 I have listened to commentaries flying around with the respect to the discussion of enticement fees to players. It seems the popular opinion holds that enticement fees given to players must be scrapped. Dominant stakeholder of this discussion is club owners and administrators. The beneficiary or otherwise which is the players are yet to speak. Their opinion is crucial to the discussion.

Of course, club owners and administrators parochially will push for the scrap. It is understandable from their perspective. They stand to gain a lot from it.

However, I disagree on the scrap now. We cannot scrap this arrangement if necessary measures to cushion players and assurance of financial security for local players are not put in place.

Our football economy is not stable and affluent like that of the developed countries. Our financial books are always not balanced and majority of our clubs are individually owned. Our selfishness in leadership is legendary. Clubs deliberately refuse to pay players because they failed to beat a particular club. Clubs can starve players up to six months in salary arrears. In some strange cases , the clubs decide not to pay at all. Players are always at the mercies of club owners. If the chairman is in a happy mood, players are paid. In case he has issues with his wife at home and there is a defeat, forget ! Salaries won’t be paid anytime soon.I can bet by my blood that from the past to the present, 90% of local players are owed. Our club chairmen run football with their emotions. I have seen a club chairman refusing to pay for fuel to drive the bus back home because there was an away defeat.

The enticement fee is a lump sum of money given to a player upfront. As the name is ; it is largely to entice the player to sign for the club requesting his services. Most players use this money to pay rent, start a business, start a project and in some cases keep it in long investment. This arrangement has cushioned a lot of players from the usual “no money syndrome” often used by club owners. Players who suffer in these times are those who fail to plan. For example, if a club pays a minimum enticement fee of 15000 GHC, it can purchase a small taxi to run a business. The player can reap from that end, so in case his salary is not in, he can still have money to survive on.

Nonetheless, if the clubs push for the scrap of the enticement fee, they should be financially ready to pay promptly for players to smoothly survive.

The Ghana Football Association should bring out a legal directive to ensure that players are paid promptly and clubs punished or surcharged for failing.

The Professional Footballers Association of Ghana (PFAG) must be on standby to assist players whose clubs fail to pay their monthly salaries. The PFAG must also hold workshops and seminars for players on investments and financial discipline.

The Government of Ghana through the Ministry of Youth and Sports must also ensure that a bill is passed at Parliament to protect the welfare of players.Thus,making it a law with legal implications if clubs fail to pay their players promptly. The Government and the GFA must also propose a standard pay for players to avoid the abuse of discretionary powers by club administrators.

Until the above legal regime is put in place, the enticement must not be scrapped. Players may be vulnerable in the hands of club administrators should salaries be the only medium of survival for local players. Clubs will continue to threaten players if they demand unpaid salaries and bonuses should everything be left in their hands to handle.