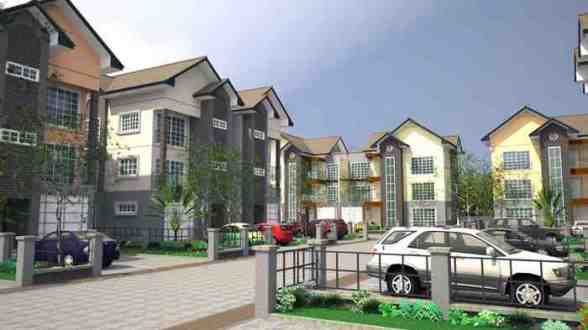 Some real estate developers have dismissed assertions that the real estate industry may be experiencing a down turn over low purchases due to the high cost of properties.
The widening housing deficit has led to a boom in the real estate sector, in a bid to create opportunities for more people to obtain decent accommodation.

However, the situation rather seems to be hitting a snag as the cost of properties continue to rise; leaving an opportunity for only a select few to purchase.

Though the General Manager for Devtraco Plus, Cyril Tay admits that there has been a decline in purchases, he rather attributes it to the impact from the global economic performance.

Ghana is currently faced with a housing deficit gap of 1.7 million.

The figure is also anticipated to increase to 1.9 million if the issues go unabated.

The concerns of a possible recession also come on the back of the fact that housing units, predominantly quoted in dollars, are driving prospective home buyers away.

The situation is further aggravated with the high interests on mortgages quoted by commercial banks offering mortgage loans.

Giving reasons accounting for the high costs of housing properties, Cyril Tay cited the relatively high cost of land (estimated US$2,000,000) and the high import taxes charged on imported furnishing for such apartments.

He was however confident the situation will normalize as other market players come in to offer relatively less expensive accommodation units to meet the demands of the majority of middle income earners.