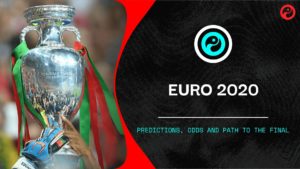 This summer’s European Championship has faced postponement until 2021 to give room to the Entire Europe’s clubs competitions to come to an end by 30th June if possible, Uefa has made that decision, as the football authorities try to grapple with the unprecedented disruption that came with the coronavirus pandemic.

The tournament was due to take place from 12th June to 12th July but had to be postponed. But now, the Euro Championships are fast approaching, and millions of football lovers across the globe can’t wait to see their favorite team(s) and players in action. The betting markets on the other hand are already going wild ahead of the Euro Championships.

Given that the tournament is still a few months away from commencing, the odds that online bookmakers will offer will mostly like to change every other time in the run up to the competition. With that said, below are our predictions and odds of who we believe will emerge victorious.

The likes of Paul Pogba, N’Golo Kante, Greizman, Hugo Lloris, Kylian Mbappe, and Raphael Varane are some of the top players that France will be relying for throughout the competition. Mbappe, for instance is setting the whole of Europe alight with his fine displays in PSG, and still very young at just 22 years of age. France’s odds of winning the championships are 5/1.


Even though France are poised to win the competition, we cannot ignore how prolific England have been in the past few years. Not only did England manage to make their way to the Semi-Final of the World Cup, they also boast of young and fearless players. Additionally, they also seem to be playing well together as a unit, a matter that can prove to be decisive in the tournament. We also give them odds of 5/1.

As you can see with our Euro 2021 odds & predictions, we’ve come up with two different outright bets predictions ahead of the tournament. We feel that England and France have an upper hand of winning the competition, but should you want to go for riskier outcomes, the odds tend to become naturally get much larger. Of course, every other team in the competition have their own star players and right now, you can go for other teams such as Spain, Netherlands, Portugal, or even Germany.

The following are the odds of other teams that we believe will win the upcoming competition:


France are in one of the toughest groups in the competition but based on how good they’ve been recently, the odds are on them to win the competition. Most bookmakers also believe that France will emerge victorious. They’ve been putting greater performances recently and you may want to bet for them in the upcoming championships.


The upcoming Euro 2021 Championship is going to be one of the greatest events. Some of the top teams in the world will come together to battle it out for the trophy, and from the perspective of sports betting, there will too much enjoyment. The odds favor France, but with other teams in action, you never know what will happen.