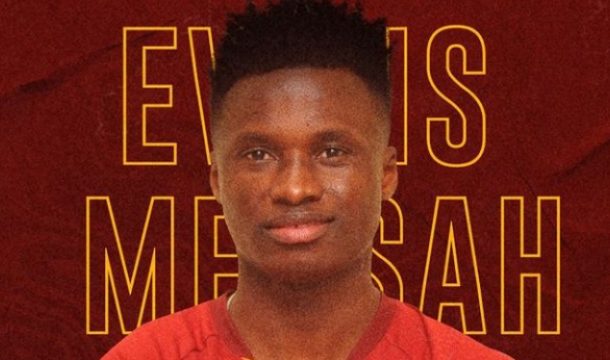 The 23 year old has pitched camp with the Egyptian side as he bid to relaunch his stalled career after an unsuccessful stint with Qatari side Al Duhail.

He has signed a new three year contract with the Egyptian side as he tries to resurrect a once promising career which started at the famed Right to Dream Academy.

The promising 23 year old Ghana winger was having an impressive run for his Finish side HJK Helsinki but sealed a shocking move to Qatari side Al Duhail in 2019 which proved abortive.

Mensah departed the club on a free transfer after loan spells with Portuguese side Portimonense SC which ended with him making just a solitary appearance for their U-23 side before the loan deal was terminated prematurely.

He was again farmed out to relegated Qatari Stars League club Al-Kharaitiyat SC last season where he scored four times and provided two assists in 23 games.

Mensah was a member of the Black Meteors team that failed to qualify for the Tokyo 2020 Olympic games in Egypt in 2019.