Every man has prostate!- What is wrong with yours? 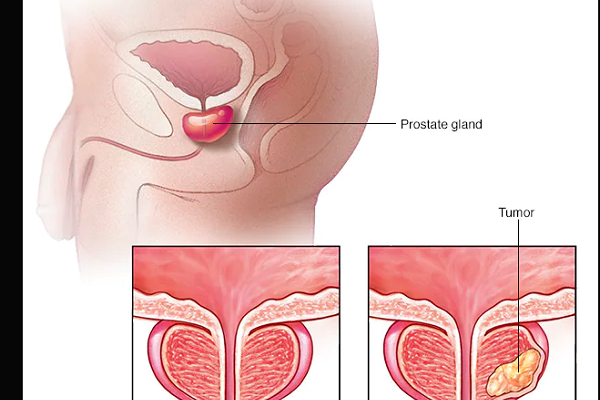 One of the most abused words in medical practice in Ghana is the word ‘prostate’ which is a gland found in men.

You hear most people saying ‘prostrate’ which means to fall flat on the face in reverence.

Again, it’s an area a lot of quacks have made and continue to make fortunes from, yet the general picture of the patient with prostate problems is that of hopelessness and unending expenditure.

There is no day you won’t hear an advert or two about this men’s problem and some men end up spending their entire pension on expensive concoctions.

I said quacks because it is only the urologist who has been trained to professionally handle prostate diseases.

I have often been told in the consulting room; ‘Doc they say I have prostate’. Of course, you do! Every man has a prostate gland.

The question is what is wrong with your prostate gland?

The prostate is a small gland located between the rectum and the pubic bone, lying directly under the bladder.

The male urethra, through which urine passes, begins from the bladder neck through the prostate gland to the tip of the penis.

It can be felt as a walnut-shaped gland in the rectum with the index finger.

At birth, it is the size of the thumb and increases in size with aging.

The average we see in clinical practice ranges from 20 – 150g.

The main function of the prostate gland is to contribute to semen; energy-rich fluids that serve as nourishment for the sperms as they embark on their race to fertilise the egg.

It is responsible for a third of the volume of semen.

The majority of the semen comes from the seminal vesicles with the sperms from the testes contributing just a sixth.

Three main diseases affect the prostate gland, all of which share very common symptoms of obstruction to the flow of urine.

These symptoms are divided into two categories: Voiding symptoms and Storage symptoms.

The voiding symptoms include a reduced stream or poor stream of urine, straining at urination, hesitancy, intermittency, incomplete bladder emptying and post-void dribbling.

The storage symptoms include frequent daytime and nighttime urination (frequency and nocturia), urgency and urge incontinence (inability to postpone urination).

These are generally a reflection of the disruption of bladder function which are; to store and void urine.

To make matters even more complicated, these symptoms may also be caused by a number of diseases unrelated to the prostate gland.

Urethral stricture (a scar in the urethra), bladder stones, bladder neck cancer etc exhibit some of the above symptoms and no amount of concoctions or medicines can correct these.

The three main diseases affecting the prostate gland are:

3. Prostatitis (Inflammation of the prostate)

Each of these has other symptoms that are unique to it.

Again, each has a different course of progression and treatment.

Prostate cancer is the most dangerous and yet has a subtle presentation.

It is cured by surgery or radiotherapy or both and delays in diagnosis and treatment ultimately leads to castration as the only option of treatment.

Unfortunately, castration is not curative but can reduce the pain and suffering associated with the disease.

The benign prostatic hyperplasia (BPH) is the most common disease of the prostate gland.

This, unfortunately, leads most quacks to mistake every prostate problem for BPH.

It is the commonest cause of urine retention in men which requires that a catheter be passed to relieve the retention.

You will often hear people on community information media blaring out erroneous messages about the dangers of having a catheter inserted into your urethra.

Sometimes, catheterisation is the only line between kidney failure and having to expend so much money on dialysis and having your life in your hands!

Unfortunately, some unscrupulous people continue to put out fear in the public that surgery is harmful.

Some of the reasons they cite include impotence, loss of energy for the rest of life and premature death etc. These claims are false.

This makes the work of the urologist very difficult as most men only report very late after spending all their money on different concoctions with complications all in an attempt to avoid surgery.

The urologist’s job is not only to operate on your prostate but also to professionally manage your symptoms with medicines.

There are situations in which surgery is mandatory in men living with BPH and these include profuse bleeding from the prostate which does not stop with conservative management, recurrent urinary tract infections and renal insufficiency.

Others are bilateral hydronephrosis (collection of urine in the kidneys as a result of the damming effect of the prostate on the bladder neck), refractory urine retention (more than one episode of acute urinary retention or chronic urine retention) and failed medical therapy.

Much as every surgery has its complications, in modern-day Ghana, prostatectomy is quite safe and relieves those who need it of their symptoms and spares them the continuous expenditure on concoctions.

It could be bacterial or a bacterial infection or chemical inflammation of the prostate gland.

It mostly presents with lower abdominal pains, deep perineal pains and urethral pains and can pose a great challenge for both the attending physician and the sufferer.

So next time someone tells you that you have ‘prostrate’ and gives you any concoction, ask him which of the three prostate diseases he is treating you for.

The writer is a Senior Lecturer, School of Medicine and Dentistry / Head of Urology Unit, Department of Surgery, KNUST /Komfo Anokye Teaching Hospital. He also the Vice President, Ghana Association of Urological Surgeons (GAUS). Email Address: This email address is being protected from spambots. You need JavaScript enabled to view it.