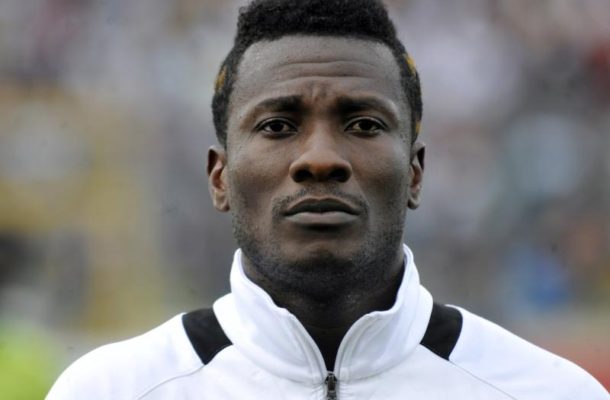 Ex-Ghana defender Odartey 'Lalas' Lawson has advised Ghana captain Asamoah Gyan to reverse his decison of refusing to take penalties for the national team.
The 1997 FIFA U20 World Championship star says the return to taking spot kicks of the on-loan Al Ahli star as a true leader.

''It's appalling when you have a leader in a team who cannot play a penalty for the team to win. What kind of leadership are you trying to show us?,'' Lawson said.

''I'm charging him to change his decision after I'm done talking about him on this topic, or if anyone has his phone number, he should call and tell him that I, Odartey Lawson says he should come out and tell Ghanaians he has rescinded his decision on the penalty promise he made to us.

''If he cannot make that commitment to the Black Stars, then he has to resign for somebody who can take a penalty and lead the team. You can’t say you won’t take penalties because your told you not to play, your mother is not part of the team.''