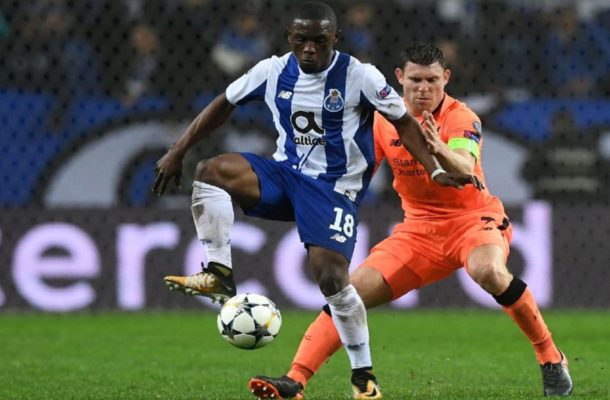 Fc Porto and French Ligue 1 side Nantes have reached an agreement over the transfer of Ghana forward Abdul Majeed Waris, Ghanaguardian.com can exclusively reveal.

The 26-year-old signed a four-year deal with the Dragons this summer but he is set to move out on loan as manager Sergio Conceicao has not included him in his squad for the coming season.

Nantes have included an option to purchase the Ghanaian at the end of his loan spell.

Negotiations are at an advanced stage with only small details yet to be ironed out before the deal is made official, according to reports from France.

Waris struggled to churn out regular playing time when he joined Porto on loan in January making only five appearances.