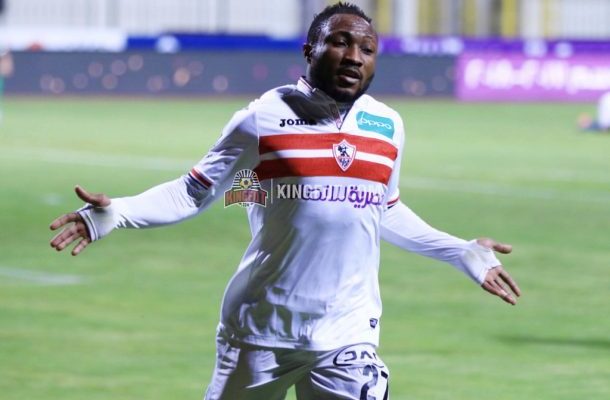 The parties involved reached a compromise during a meeting that brought together both the Zamalek board of directors and Wael Al Kharbtawi, the player's agent.

As part of the agreement, Acheampong will wave part of his dues in exchange for his final dispensation.

Since signing for Zamalek, the 27-year-old striker has scored 2 goals in 6 matches in the Egyptian Premier League.

The Ghanaian attacker is currently on loan at El-Geish for the upcoming season.

sportsfileghana.com 3 years ago
Sorry bro..all the best in your next move