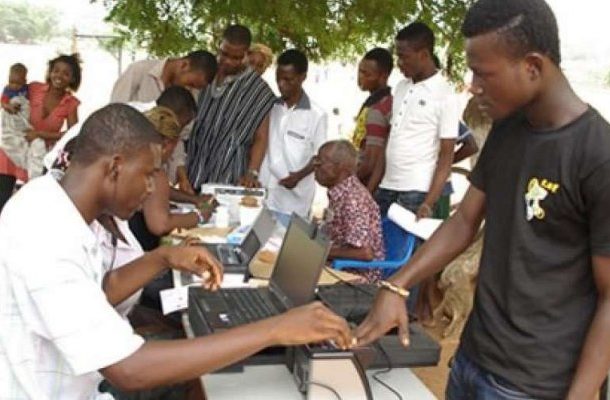 The extension of the period for re-registration of the 56,000 persons, whose names were deleted from the electoral register in accordance with a Supreme Court directive, will not yield any significant result, Mr Koku Anyidoho, a Deputy General Secretary of the governing National Democratic Congress (NDC) has said.This week, the Electoral Commission (EC) of Ghana, after an Inter-Party Advisory Committee (IPAC) meeting at the headquarters of the EC, decided to extend the 10-day re-registration exercise beginning today, Friday August 5 to 12, in order to be able to capture the over 34,000 of the 56,000 voters who could not be re-registered.The decision followed concerns raised by some leading members of the New Patriotic Party (NPP), including the Member of Parliament for Effutu, Alexander Afenyo-Markin, and Sam Pyne, Ashanti regional Secretary of the NPP, that several people could not be re-registered due to power outages at the district offices of the EC as well as equipment failure.Similarly, the Campaign Manager of the NPP, Mr Peter Mac Manu, observed that there were several people who had queued to re-register but were unable to be recaptured onto the electoral roll due to equipment failure.Speaking in an interview with Chef Jerry Forson, host of Ghana Yensom on Accra100.5FM on Friday August 5, Mr Anyidoho said: “This whole attempt to create the impression that the 56,000 names that have been removed, until all those 56,000 are back on the register, they (the NPP) will not accept the register, it doesn’t make sense, because some of those 56,000 people some may be dead, some may have travelled outside the country, so if you open the register for ten years, you will not get the same 56,000 back on the register. You won’t get it!”He added: “You see the kind of thing the NPP is doing to this country? Everything that they are doing is just picking up unnecessary dusts. You will never be able to get the 56,000 back, you won’t get it, you mark it on the wall and see whether this second chance, you will get any significant number from it…you won’t get it.”Source:AccraFM.com