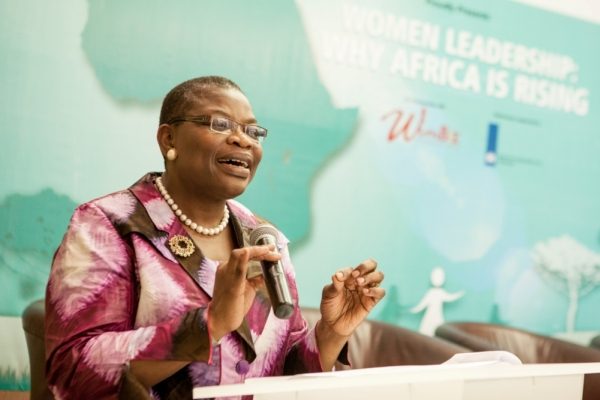 Oby Ezekwesili, the Senior Advisor for Africa Economic Development Policy Initiative has voiced out that African states must build a strong and effective institutions and sustainable democracy.

Ms. Ezekwesili, who was part of the United States Pre-Election Assessment Mission to Ghana, spoke in an interview after a news conference organized by the delegation in Accra at the weekend.

The former Vice-President for Africa at the World Bank who lauded positive trends in Africa's electoral processes, however, said a lot of work was necessary to eliminate post- election crises on the continent.

She said, "The report by other bodies from electoral processes as well as democratization in Africa has proved that at different levels we have made progress. The trend is positive. It is not as fast as it should be, because after elections then come the real work of building strong institutions," she said. She hinged effective governance on the evolvement on strong institutions, saying, "Without strong institutions, it is difficult for governance to be effective...there is still a lot of work to be done."

She urged the electorate to further demand from their leaders, good governance, when acknowledging deeper engagement of civil societies in the democratization processes in Africa.

"I think the citizens are becoming very active, very engaging and demanding more. Citizens have to demand more. Democracy is not elections for people to become excellencies. No, they must deliver what governance is all about. It shouldn't be a four year ritual," she said.

According to her, the electorate should be proactive as well as develop mechanisms in the governance process to ensure sustainable leadership succession.