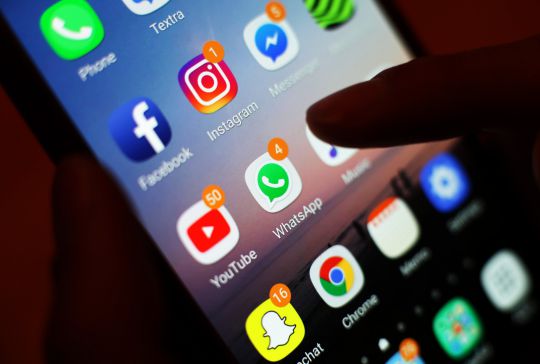 Is it time to spend less time clicking on these dreaded apps?

Facebook and Instagram have announced new tools that will help you beat tech addiction and stop spending so much time gawping at other people’s suspiciously perfect-looking lives.

The tools will include a graph that breaks down when users go on the sites and monitors how long they spend online.

Tech junkies will also be able to set themselves time limits and receive alerts when that time is up.

They will also be able to mute all Facebook notifications for set periods if they do not want to be distracted during that time.

Steve Hatch ,Facebook director for the UK and Ireland, said the tools would help raise user awareness of how they are spending their time online.

‘We all recognise that technology is playing a greater role in our daily lives,’ he said. ‘We feel a responsibility to help ensure that time on Facebook is time well spent.’

Earlier this year, Facebook boss Mark Zuckerberg said the firm was committed to improving the “meaningful” time people spent on the site, even if that meant less time spent on Facebook overall.

It comes as the social platform continues to face intense scrutiny over some of its practices, including how it polices content and users.

In response to the new tools, children’s charity the NSPCC said the site is still not doing enough to protect young people.

Laura Randall, the charity’s head of child safety online, said: ‘Facebook and Instagram state they want to ensure their platforms are safe but to do so, they need to tackle serious problems within their sites.

‘Time limits do not address the fact that there are still no consistent child safety standards in place.

Apps, sites and games continue to allow violent and sexual content to be accessed by children; and sexual predators are free to roam their platforms, targeting and grooming young people.

‘This lack of responsibility is why the legislation the Government has committed to must include a mandatory child safety code with an independent regulator to enforce consequences for those who don’t follow those rules.

Facebook’s new tools are similar to digital well-being features being introduced later this year by both Apple and Google to their mobile phone platforms.

Both, like Facebook, will show users how often they use their phone and the various apps, with time limits able to be set to help them cut down.

Mr Hatch said digital health is an ‘industry-wide issue’ that requires an industry-wide response, and that there is an expectation on Facebook as a leader in the field, to be part of that response.

These new tools are an important first step, and we are committed to continuing our work to foster safe, kind and supportive communities for everyone.’

Javed Khan, Barnardo’s Chief Executive, added: ‘At the moment a child spends on average almost five-and-half hours per day on social media, which is almost as long as they spend at school.

‘It’s vital the Government leads on tackling this issue because research shows there is a connection between time spent on social media and mental health problems.

‘We have a ‘five a day’ fruit and vegetable campaign to benefit people’s health and it’s now time for guidance to be produced about how much screen time is healthy – and how much is too much.

The guidance must look at development and age stages, so parents and carers have a clear understanding of when to tell their children their time online is up.

‘Online companies must also play their part by moving to a ‘safety by design’ approach to online harms. We would urge them to move further and faster to this approach.’