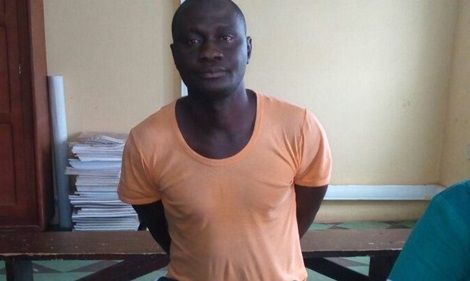 The suspect, who reportedly poses as a military nurse working at the 37 Military Hospital in Accra, and that his father is the second in-command in the Ghana Armed Forces, was said to have gone to the Bole District and convinced some people that he could assist them to travel abroad to further their studies.

Information available to DAILY GUIDE has it that he was in a relationship with two ladies – one nurse at the Bole Government Hospital and the other at the Tamale Central Hospital.

Investigations conducted revealed that he was able to convince the ladies he is in relationship with to pay GH¢35,000.00 and GH¢27,400.00.

Another victim who is also a friend to one of the nurses reportedly showed interest in traveling abroad to further her studies and was made to pay an amount of GH¢27,400.00 as well.

The suspect purportedly went into hiding after he had taken the said amounts of money from the victims and stopped picking their phone calls anytime they tried reaching him and so they reported the case to the Bole police.

ASP Ebenezer Kwaku Dakey indicated that during interrogations the suspect said it was poverty and frustration that made him to go into that ‘business’ and that he admitted to the offence.

He stated that the police would conduct further investigation into the matter and then arraign the suspect before court. Source: Daily Guide