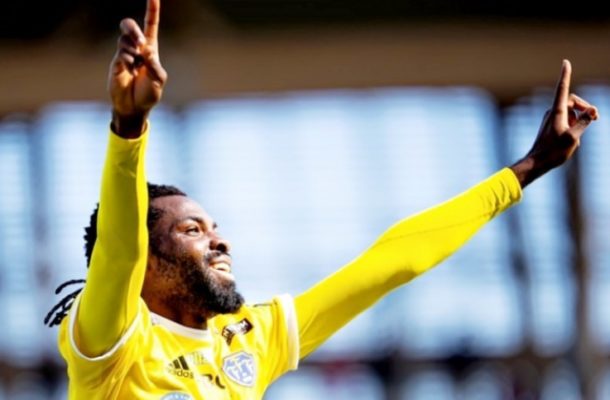 Former Hearts of Oak striker Kwame Kizito is in hot waters in Sweden as he has been hit with a three game ban for indiscipline.

The striker was shown a straight red card after he elbowed an opponent in his Falkenberg FF's 2-0 loss to Osters IF in the Swedish lower tier league last week Sunday.

Kizito was shown the red card after deciding to elbow an opponent in their match around  half time and has been handed a three match ban for violent conduct.

He will be absent for Falkenberg FF in their next two matches as he missed Saturday's 0-0 drawn game against GAIS and will not be available against Landskrona and OIS.

Kizito will return to action in the middle of October.

Falkenbergs are languishing at the bottom of the league table after 22 matches.