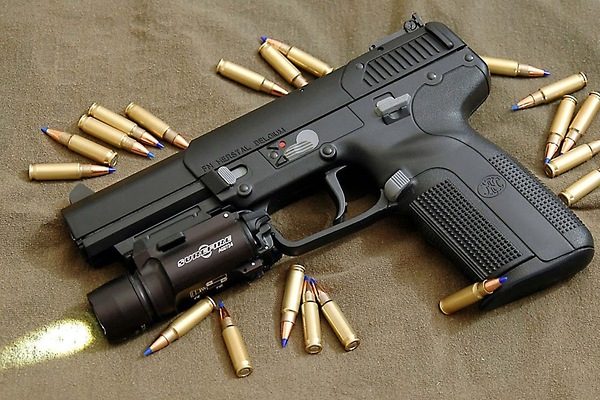 A 48-year-old farmer has been remanded into police custody for allegedly shooting his girlfriend’s thighs and vagina at Abotereye in the Prestea Huni Valley district of the Western Region.

Agyeiwaa Nkrumah, he said is currently on admission at the hospital receiving treatment.

Kwame Anane attempted to kill himself by drinking a substance suspected to be poison but some youth of the village who heard the shots rushed to the scene and found the woman lying in a pool of blood and Kwame rolling about.

The two were then conveyed to the hospital where the man was treated and discharged.

He was subsequently arraigned before court and remanded into police custody pending further investigations.

Agyeiwaaa Nkrumah is however still on admission.

Superintendent Dasaah could however not tell if the woman’s vagina was directly hit by the bullets.

“I have seen some bullet wounds on the thigh but I have not examined the vagina…I am looking forward to seeing the doctors X-ray from the doctors to confirm it…,” he said.