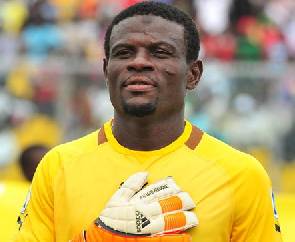 The 28-year-old has decided against renewing his contract with the former Premier League champions.

Dauda, signed a one-year deal with the miners on returning from South African side Orlando Pirates.

And after helping the side to avoid relegation following a rather difficult spell this season, has confirmed he's had enough and wants to seek a new adventure elsewhere.

“I had a good season with them, I don’t think I will sign another contract, I am working to move to Europe,” he told Metro TV.

“I have been there for the past 14 years and I think I have paid my dues, I have to move, so I don’t think I will be there next season.

The former Chippa United shot-stopper, who has 25 caps, has recently been overlooked by Black Stars coach Avram Grant.